The deal includes cash and stock and is valued at $875 million.

Curaleaf already operates in 12 states, and the expansion will give it operations in 19 states. Curaleaf today is a $3.8 billion company, while Grassroots is valued at $708 million.

Curaleaf is one of the biggest players in the U.S. marijuana industry, with 48 dispensaries, 13 cultivation sites and 12 processing sites across a dozen states.

Once the acquisition of Grassroots is complete, the company will have 68 operating dispensaries, 26 processing and 20 cultivation facilities, with licenses to open up to 131 dispensaries.

In Massachusetts, Curaleaf has medical marijuana dispensaries open in Hanover and Oxford.

On the recreational side, the company wants to open three recreational stores. So far, it has received a provisional license from the Cannabis Control Commission to sell recreational marijuana from its Oxford dispensary.

The company also holds a provisional license to grow marijuana and manufacture products in Webster. It has not yet received any final licenses. 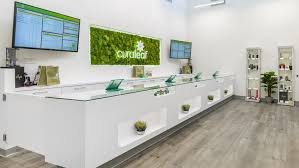