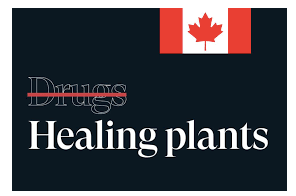 Recently, CLR chatted  over the phone with David Wood partner and co-chair of Borden Ladner Gervais LLP’s National Psychedelics and Cannabis Focus Group in Calgary about the moves afoot in Canada concerning the regulation and use of psychedelic compounds in the country now that cannabis has become as much a part of the retail landscape of regulated products as alcohol & tobacco. 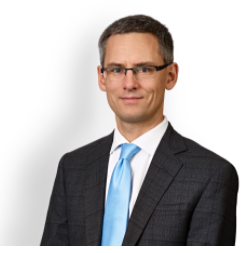 David Wood
Let’s start with the firm’s description of his role and some of the clients David has worked with over the last decade. BLG depict  the work he undertakes as follows…….Psychedelics, entheogens, entactogens and dissociative anaesthetics, and cannabis are the sole focus of David’s intellectual property, regulatory and commercial practice.

Driven by a strong personal commitment to responsible and effective access to psychedelics for improving, maintaining and promoting mental health, David supports pro bono initiatives by non-profit organizations to facilitate and expand access to psilocybin, MDMA and other psychedelics for Canadians, both within and separate from Canada’s prescription drug system under the Food and Drugs Act.

The belief that making mundane could carry a raft of benefits lacking in a policy of prohibition and also regulating what was previously in the criminal domain, he says, comes as no surprise to those in leadership roles in Canada whether they be  decision makers, health practitioners, politicians or law enforcement .

Now, almost two and a half years into the experiment the country has learned that the sky didn’t fall in, as many in other jurisdictions thought it inevitably would, and although there have been the inveitable growing pains the country at large is whether it makes sense to bring in a position to look at how other controlled substances  into a regulated environment.

It has been a natural progression, David says, for regulators, companies and professions to explore how to approach the world of  psychedelic compounds with regard to their medical uses for mental health and wellness issues and for other possibilities  including pain relief and many as yet unknown and unexplored medical applications.

To paraphrase a former US president, “It’s health…. stupid”

In 2020 Health Canada issued exemptions under subsection 56(1) of the Controlled Drugs and Substances Act (the “CDSA”) to seventeen healthcare practitioners of various professions to possess and consume psilocybin to support their training and competency with psychedelic therapy treatments. Health Canada has, according to published reports, also issued 21 exemptions to patients, including one exemption to a patient who was not terminally ill.

Subsection 56(1) of the CDSA allows the Minister of Health to exempt any person or class of persons or any controlled substance or precursor or class thereof from the application of all or any provisions of the Act or the regulations if, in the opinion of the Minister, the exemption is necessary for a medical or scientific purpose or is otherwise in the public interest.  (Source:  https://www.canada.ca/en/health-canada/services/health-concerns/controlled-substances-precursor-chemicals/exemptions.html)

In early August 2020, the Federal Minister of Health granted an exemption under the Controlled Drugs and Substances Act(CDSA) to four terminally ill Canadians to use psilocybin in their end of life care.

Psilocybin is one of the active ingredients/chemicals in “magic mushrooms,” the other is psilocin. Both psilocybin and psilocin are controlled substances under Schedule III of the CDSA. The sale, possession, production, etc. are prohibited unless authorized for clinical trial or research purposes under Part J of the Food and Drug Regulations. Both have been illegal in Canada since 1974. According to Health Canada, there are no approved therapeutic products containing psilocybin in Canada. However, the purified active ingredient, i.e. psilocybin, is being studied in supervised clinical settings for its potential to treat various conditions such as anxiety and depression.

The Minister’s exemption marks the first time a legal exemption has been granted in Canada for patients to access psychedelic substances for treatment. The four individuals suffer from terminal cancer and have experienced anxiety etc. that have not responded to conventional psychotherapy treatments. They applied for an exemption under compassionate grounds under section 56(1) of the CDSA. ( Read more at https://wisehealthlaw.ca/blogs/blog/recent-exemptions-for-psychedelic-therapy-in-canada)

Four months after it allowed a handful of palliative care patients to use psilocybin as a way to relieve end-of-life suffering, Health Canada has cleared the way for more than a dozen health professionals to use the psychedelic drug themselves to help develop therapies for future use.

Health Canada says it granted 16 exemptions to a selection of nurses, doctors, therapists and social workers, allowing them to possess and use psilocybin for personal training without fear of prosecution under the country’s drug laws.

“This is not a small step. This is a seismic step,” said Dr. Sean O’Sullivan, a Tillsonburg, Ont., doctor and medical director of TheraPsil, a non-profit group that advocates for the therapeutic use of psilocybin.

“This is permission from the Ministry of Health and the Minister of Health to allow therapists to forward their own training in psychedelic medicine.”

Which jurisdiction, I asked David, do you think is leading the charge?

His response was immediate, Vancouver.

Nov. 25 Vancouver, the city council unanimously voted on the measure to decriminalize the possession of small amounts of illegal substances, from LSD to heroin, following in the footstep’s of Oregon, which became the first state in the U.S. to pass a similar measure at the ballot box late 2020

Before the measure is official,  an exemption under the CDSA will have to be issued by Health Canada.

Vancouver’s  Mayor Kennedy Stewart will need to submit a request to the federal ministers of health and justice for an exemption to the Controlled Drugs and Substances Act.

Read  a full report on the process at Vice News. https://www.vice.com/en/article/z3v4gw/vancouver-just-voted-to-decriminalize-all-drugs 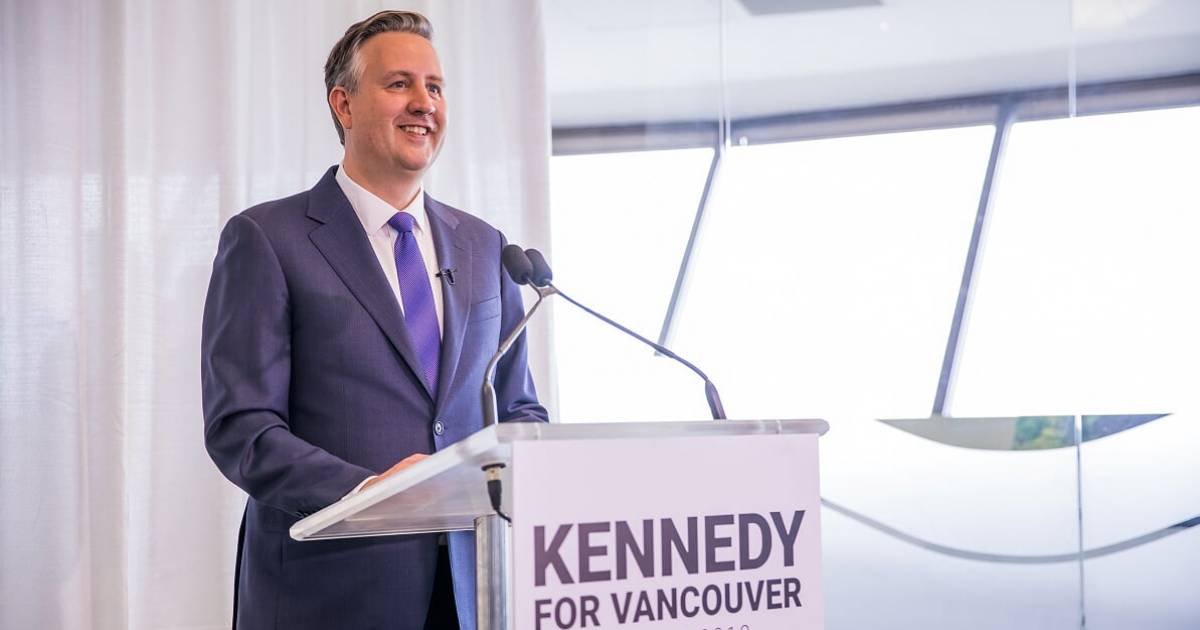 The measure, Vice report,  was catalyzed by the rising and devastating overdose crisis in Vancouver and British Columbia at-large. The vote followed a recent report from the B.C. Coroners Service which found 162 people died of drug toxicity and fentanyl across British Columbia in October, marking the eighth month in a row with more than 100 dead.

These actions at Health Canada and in Vancouver have had an effect in terms of individuals  and organizations seeking advice both on a commercial and a pro-bono level from professionals like Wood, as  questions over the use of compounds from LSD to MDMA & psilocybin have risen exponentially along with the bread and butter issues of the law from tax, to company formations, listings and the registration of new pharma compounds with government agencies. All these factors have developed into a full time practice for Wood rather than a series of exploratory conversations.

The Canadian psychedelics environment ( for want of a better word) is now, Wood suggests, in a position to lead discussions on issues regarding healthcare, human rights & education in the country.  The regulation of cannabis has allowed the space for government to engage with Canadians on these important issues and has also opened a wider discussions with First Nations peoples to engage with the health sector by looking at ways that more traditional approaches to medicine can intersect with modern medical practice and procedure.

To use a very well worn phrase, the doors have been opened, to discuss how psychedelics can do more than just be about developing new medical and wellness treatments but also a way to create the space to open a range of dicsussions on other untouched or underplayed  legal and societal issues in Canada.

Who said the law was boring !

Here at CLR we’d love to dream of a future where the regulation of controlled substances / compounds actually ends up as a fundamental part of changing how societies think about themselves, which in turn allows the law to operate in a more open and equitable way.

It certainly could make law a far more interesting proposition for upcoming generations who can allow the machines to write those contracts and they’ll be able to work on the smaller things like a better society for all !

As always it appears the Canadians might be a little further down that path than the rest of us.

As a final aside we’d suggest anybody interested in what the Canadians are up to make contact with..

The Canadian Psychedelic Association grew from a diverse group of individuals all wanting to do their part to usher psychedelics into the mainstream in a conscious and considered way. Our founding team includes people who have been active in Vancouver’s vibrant psychedelic community for decades, as well as medical and therapeutic professionals who are newer to the scene, but through their own experiences and research are waking up to the value of these powerful modalities.
‍
In late 2019, we officially became a Canadian not-for-profit  organization. We recognize the audacity of creating a national organization of this nature and at the same time feel that Canada is the perfect place for such an entity to be born. The professional psychedelic community is already well connected in Canada and there is opportunity to foster some real cohesion moving forward. We respect the incredible healing potential of these sacred substances, and hope to nurture a thriving community of people all dedicated to realizing the full potential of humanity.

The CPA has had working groups dedicated to ethics, research, communications and public relations, as well as a steering committee to help guide the organization for the past year.
‍
We have launched membership structure to help us steer the CPA forward in the best way possible with community feedback and input. Throughout this process, we will continue to develop our platform and keep our inaugural membership updated while we continue to forge alliances with local, national, and international players in this space and beyond. 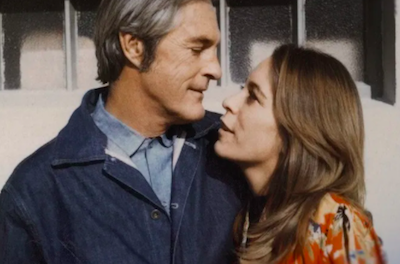