In a move that could signal a change in the U.S. Drug Enforcement Agency’s approach, the DEA has notified marijuana grower applicants that they soon will be able to register as authorized entities to produce marijuana for research purposes. Prior to this announcement, there was only one DEA-approved supplier of cannabis for research purposes in the entire country. That supplier, the National Center for the Development of Natural Products at the University of Mississippi, produced marijuana exclusively for the National Institute on Drug Abuse’s research.

In the past, growers were permitted to apply for approval, but their applications went unanswered under the Trump administration DEA. Now, with this year’s change in the White House, these applications are finally being processed, and the DEA has announced its intent to authorize additional growers. While the manufacturers’ applications are still pending final approval, the DEA has notified the potential suppliers that they are entering the next phase of the application approval process.

This development comes on the heels of the DEA’s introduction of new regulations governing potential research marijuana suppliers. The new guidelines state that these growers must show that they are licensed in their state and that their proposed customers are certified to perform research with the marijuana. Additionally, they must demonstrate that they have put measures into place to prevent the drug from being distributed improperly. The DEA has informed the existing applicants of how the marijuana that they grow must be stored, packaged, and distributed under the new regulations. The agency will work with the applicants to ensure that they meet these guidelines as well as other relevant regulations and laws.

The DEA currently has authorized over 500 researchers across the country to conduct studies on marijuana. However, the researchers are waiting for the DEA to approve suppliers of the marijuana they will use for their research. Once the applications are approved, growers will be assigned a certain quantity of marijuana that they can produce. Then, they can begin the process of supplying marijuana to DEA-approved researchers.

Until now, the lack of approved suppliers has served as a barrier to research on marijuana. The drug’s uncertain federal status made such research even more difficult to conduct. The DEA’s approval of suppliers, along with the introduction of new bills in Congress to remove the drug from its Controlled Substances Act classification, makes the path toward legal marijuana research appear clearer than ever.

While universities and research institutes are the most likely applicants to receive DEA approval as manufacturers, pharmaceutical companies are also throwing their hats into the ring as both suppliers and researchers. If approved, these companies would produce marijuana in bulk and then conduct research on the drug, with the hope of eventually getting FDA approval to use marijuana to treat certain medical conditions, like multiple sclerosis and epilepsy. 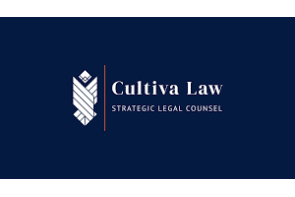