State Representative Rachel Roberts filed legislation this week that would legalize the use of recreational cannabis (marijuana) by adults, and to lead to the expungement of the criminal records of those convicted of marijuana-related misdemeanors.

The legislation, the Newport Democrat said, would also open the door for the use of marijuana by people suffering from chronic medical conditions.

“Fifteen states, including neighboring Illinois, have legalized cannabis and are reaping its considerable benefits,” said Roberts. “Kentucky has been desperate for new revenue for years to deal with rising costs in education, public employee pensions and healthcare. It is time to take advantage of the revenue from this growing market and stop the illegal trafficking of marijuana.

“By doing this, we could see as much as $100 million annually in new tax revenue, money that could make a real and lasting difference. Many Kentuckians would also be helped by having their criminal record expunged, while farmers would have a new crop rivaling what tobacco was for many decades.”

Roberts said that Illinois has seen more than $150 million in tax revenue since legal cannabis sales began there more than a year ago.

“He deserves a lot of credit for the hard work he did in moving this issue forward,” Roberts said. “The fact that he represented one of Kentucky’s most rural districts while I serve one of its most urban ones also speaks volumes. Marijuana legalization brings together a diverse group of advocates in a way few other issues do.”

A difference in the bill filed by Roberts is how the state’s tax revenue would be spent. While Howard proposed dedicating all of it to paying down the long-term pension liabilities faced by the state, Roberts’s bill is modeled after the state’s approach to budgeting its portion of the 1998 national tobacco settlement.

Under that plan, her bill would dedicate up to 25% of the state’s cannabis revenue going toward funding addiction treatment, to combat the use of opioids in the Commonwealth, and providing more funding to boost educational and economic opportunities for minority groups who have been disproportionately affected by the war on drugs.

Remaining funds would be placed into the general fund to allow for flexibility in spending as needs change with time. Money would also be dedicated to help establish the agricultural and regulatory frameworks needed to make legalization a success.

“Addiction treatment services, minority small business growth, and new agricultural opportunities are so important and deserve greater emphasis from the state,” Roberts said. “My bill will do that without raising current taxes a single dime.”

Her bill would also decriminalize possession of less than one ounce of cannabis and provide free expungements for those convicted of a marijuana-related misdemeanors.

On the regulatory side, the state’s Alcoholic Beverage Control Board would oversee four types of licensing – cultivator, processor, tester, and retailer – and each license would require an annual renewal. Those possessing one type of license could not hold a license from another category, although those with a retail license could have, with some restrictions, multiple locations in the state.

“We’ve seen a similar separation work well for decades in the alcohol industry,” Roberts said. “That approach keeps any company from monopolizing the market and artificially raising prices.”

Home-growers would pay $250 for a permit, which would allow them to have up to five mature plants and five immature ones. All other licensees would have to pay fees based in part on their size.

Anyone with a prior misdemeanor marijuana conviction that hasn’t been expunged, or who has been convicted of a felony in the last five years, or other controlled-substance crime within the past two years, would be barred from purchasing a license.

Under Roberts’s legislation, each county would have the chance to have at least two retailers selling cannabis and related products, but larger counties would be barred from having more than one per 2,300 people. Retailers would only be able to sell marijuana-related products.

Sales would be limited to those 21 and older, and smoking marijuana in public would be prohibited.

The legislation – House Bill 467 – will be considered during the remainder of the General Assembly’s 2021 legislative session, which ends late next month. 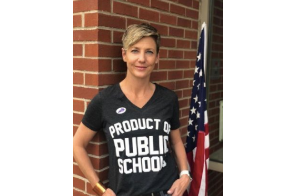