After Cuomo’s comments on THC levels and taxation it looks like the beginnings of a hornet’s nest being stirred up..

As the two former top cannabis regulators in Colorado, and the leaders responsible for and involved in the implementation of Amendment 64, we feel compelled to share our perspectives on the current movement to restrict or cap the percentage of THC in regulated marijuana products.

These efforts have been driven, in large part, by a recent study by the Colorado Department of Public Health and Environment that found there has been an uptick in the use of marijuana concentrates by youth in Colorado. However, the Retail Marijuana Public Health Advisory Committee which conducted this study, did not advocate a radical policy response such as restricting or capping Tetrahydrocannabinol (THC) the psychoactive compound found in cannabis.

Instead, the committee recommended a thoughtful and measured approach that put additional emphasis on education directed toward youth and adults on the use of concentrates, taking steps to encourage more scientific research on the impacts of consuming concentrates and close monitoring of concentrates and potential impacts on youth and the public in general.

Since the legalization of retail marijuana products was approved by voters in 2012 and implemented in 2014, overall youth consumption in Colorado has been flat, or in some years, has actually declined. We believe this is due, in large part, to the steps that were taken very early on to educate our youth on the adverse effects of marijuana consumption by adolescents.

As Colorado embarked as the first state in the country to legalize recreational marijuana, the three overarching objectives in everything we did was to keep marijuana out of the hands of kids, keep criminal elements out of the regulated industry and minimize diversion to other states. We developed a robust regulatory framework that has served as a model for many other states that have embarked on marijuana legalization following our implementation of Amendment 64. A key component of our regulatory framework was a focus on youth prevention, and very early into our implementation, we launched a campaign on youth prevention.

In our experience as former regulators, with nearly 30 years of experience in regulatory programs and regulatory law, we can tell you that our country has a long-established track record of policy failures when we have taken a prohibitionist approach in regulating such things as alcohol and marijuana. While capping or restricting THC in marijuana products may sound like a good policy, there are some potential unintended consequences to consider.

Capping the amount of THC in concentrates may lead to the introduction of potentially harmful agents or dilutants to products used by consumers. As an example, the recent nationwide crisis with vaping products was a direct result of an additive that was widely used in vaporizer cartridges to control the potency of the delivery systems. By prohibiting the availability of high potency concentrates to lawful consumers through the regulated and legal marketplace, production and consumption of these concentrates will be driven back into the illicit and unregulated market. Further, eliminating the availability of high potency concentrates will likely lead to home concentrate production, which will result in significant public safety issues for everyone as we experienced early in the implementation of Amendment 64.

Colorado has always taken a measured and thoughtful approach to marijuana regulation. Now is not the time for a knee-jerk reaction to what may or may not be an issue.  Instead, we need to take steps to reach a greater understanding of the issues through research and more focused studies. At the same time, we need to renew our focus and direct more resources to youth prevention and education, which has historically yielded positive results. Finally, we need to continue to closely monitor youth consumption and general health effects involving concentrates to ensure we preserve public health and safety. 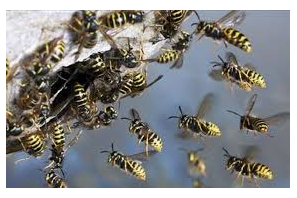