The Costa Rican deputies of the Legislative Assembly, through a Press Conference, called on the National Executive to prioritize the hemp and medicinal cannabis project. In their opinion, the 21,388 project should be discussed; the country requires innovation, responses to this issue that has been officially presented for almost a year (in May 2020).

Other countries such as Colombia and Mexico are joining the production and commercialization of hemp and medicinal cannabis. They emphasized that in Latin America there is no nation that has a stricter security policy than the United States and Colombia, “and both are producing and developing the hemp industry.”

They consider that the prohibition that exists in Costa Rica dates from the 70s, “it is absurd and counterproductive; the only thing we are doing is wasting development opportunities, other continents that do not need international support are being favored.”

Although Costa Rica may find itself lacking a clear legal framework, there is no legal security and the question is, who is going to invest here?

It is time to move forward, the deputies are not asking for the Law to be approved, but rather that the Government of Carlos Alvarado take into account this project, the benefits and, therefore, may request its modifications.

It is worth noting that the hemp and medical cannabis industry is generating as a world market of over 50 million dollars. From the point of view of climate and agricultural conditions, “this is a product that will surely be successful,” say the Costa Rican deputies. The government is delaying a decision that the Legislative Assembly has been making.

Therefore, it is a possibility that you can generate fresh products within agriculture and the Government of the country, that way, they can stop thinking in more taxes that only make the economy worse.

Even the UN recognizes the medicinal properties of cannabis

Expectations are normal at all times, so much so regarding the issue of hemp and medical cannabis, that some experts fear that marijuana medications will be shared with healthy people. Despite this, the United Nations (UN) recently approved one of the biggest changes in drug policy in recent decades by recognizing the medicinal properties of cannabis and eliminating that plant from the classification of the most dangerous narcotics, although its consumption for recreational purposes is still prohibited.

No recreational use in the country

As we mentioned, consumption for recreational purposes will continue to be prohibited in international regulations by continuing on list I, along with substances under control but with therapeutic properties, such as morphine.

All the states of the European Union (EU), with the exception of Hungary and many of the Americas, have added a simple majority of twenty-seven votes to approve the change, while a large part of the countries of Asia and Africa opposed it, with notable exceptions like India or Morocco. 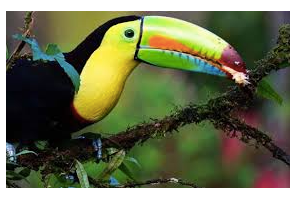