Deschutes County has filed a complaint against several Oregon state departments over marijuana tax revenue the county believes it should be paid, despite its moratorium on marijuana processing and growing facilities.

The county’s legal department recently filed a complaint in state tax court against the Oregon Department of Revenue, the Oregon Liquor Control Commission and Department of Administrative Services in an effort to change how the state interprets a statute that controls how marijuana tax revenue is distributed.

Marijuana tax revenue has not been paid to the county since the Deschutes County Commission decided to place a moratorium on approving new marijuana processing and producing facilities in August 2019.

In the November general election, residents voted to uphold this moratorium, meaning no new processing and growing facilities will be permitted in the rural part of the county.

But because of the moratorium, Deschutes County is ineligible to receive this money, or future tax revenue, because a county only receives this money if it allows all licensed recreational marijuana activity to take place within the county, said Mark Pettinger, a spokesman for the Oregon Liquor Control Commission, on Tuesday. 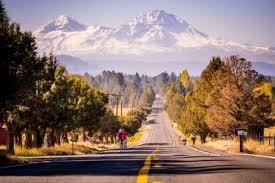