Detroit City Council announced on Monday an ordinance detailing how the city will move forward.

The city is allowing 75 licenses for retail sales establishments. In addition there will be 35 consumption establishments allowed, as well as 35 microbusiness licenses. Those are the only categories that will be capped; others, such as growers, secure transporters, or event organizers, are unlimited by any number.

The only real surprise here is the accommodation for consumption establishments — marijuana bars or lounges, so to speak. For once the city is getting out ahead on something related to marijuana.

“To step out with such a large number (of consumption establishments) is a little concerning for me right now,” says council member James Tate, who has been the most hands-on with this issue.

Council’s stated reason for a year’s delay after the state began granting adult-use licenses has been that members wanted to make sure the social equity provisions in the state law had real bite.

In addition there will be a 90-day window at the beginning of the licensing period during which only Detroiters will be allowed to apply for licenses.
The 50-plus percent requirement seems like it might lead to some legal challenges. In raw numbers that means at least 38 recreational licenses must go to establishments with Detroiters holding at least 51 percent interest.

“The license goal is no less than 50 percent legacy Detroiters with those licenses,” says Tate. “There is going to have to be some partnerships, no grandfathering, you’re not guaranteed a license (if you have a medical marijuana license). Everyone is going to have to be creative. … You’ll have to provide the city with a plan for how you are going to be a good neighbor.”

It was anticipated that there would be direct cash assistance for social equity applicants, but the only real financial incentive from the city is a 75 percent discount on properties for applicants who want to locate in one owned by the city land bank.

“COVID threw a big wrench into a lot of our plans to procure funding,” Tate says. “There are challenges with the federal government and the banking aspect. That is a challenge. There are some that like the idea and want to participate but don’t want to be the first. That is still a target intention, the goal of a fund that will be created to buffer some of those costs.”

The city is also working to update records on schools, parks, and other establishments that are still actually in operation. A city ordinance prohibits marijuana businesses within 1,000 feet of several types of establishments, including day care centers and churches.

Here’s the relevant page for medical cannabis , hopefully we will be seeing a recreational one sooner rather than later 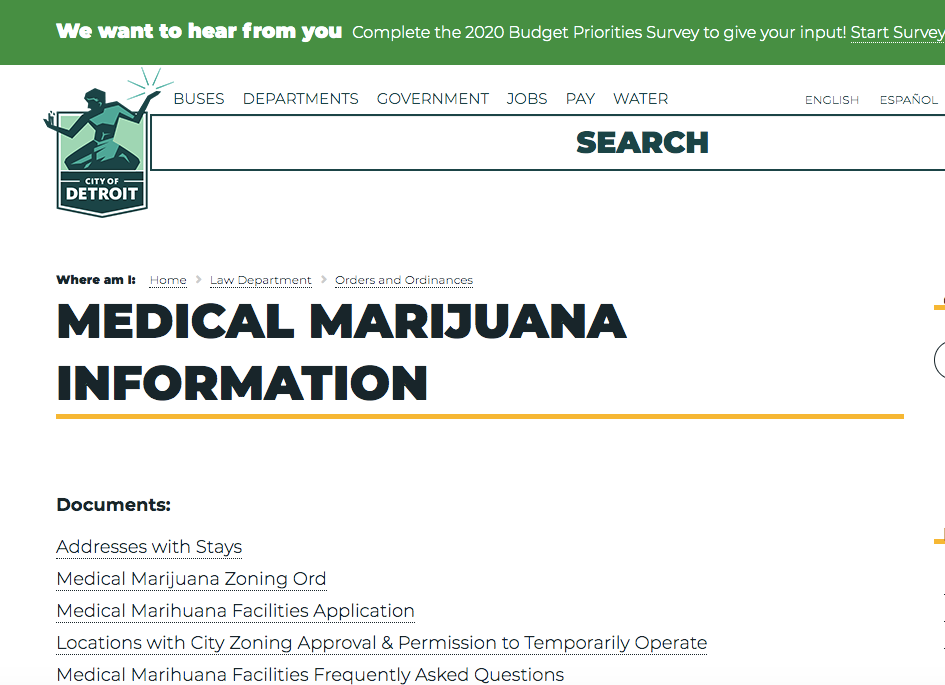 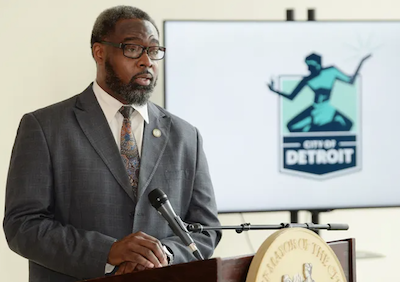