Dirty Wages: Tenth Circuit to Decide Whether Employees In The Marijuana Industry Are Covered Under The FLSA

Seyfarth Synopsis: The Tenth Circuit is set to decide whether workers in Colorado’s legalized marijuana industry are entitled to wage and hour protections under the FLSA.

The Fair Labor Standards Act (FLSA) is the federal statute that provides wage and hour benefits to certain employees.  On the other hand, the Controlled Substances Act (CSA) is a federal statutes that categorizes marijuana as a Schedule I drug, meaning it is illegal under federal law.  Simple possession (let alone participating in its manufacture and distribution) is illegal, irrespective of state law to the contrary.  In the wake of widespread legalization of recreational marijuana in states across the country, a questions has arisen as to whether the FLSA was meant to provide wage and hour protections to employees of businesses engaged in the manufacture or distribution of Schedule I drugs under the CSA.

This question has been put to the test in Kenney v. Helix TCS, Inc..  In Kenney, an employee of Helix, which provides armed security and transport services for businesses that grow and distribute marijuana, filed a putative collective action against Helix under the FLSA.  Kenney claims that Helix misclassified him, and similarly situated employees, as exempt and owes them overtime wages.  In response, Helix moved to dismiss the action, arguing that Kenney is not entitled to the protections of the FLSA because he is employed in the marijuana industry, which is entirely forbidden under the CSA.

The District Court denied Helix’s motion to dismiss.  The Court observed that Helix did not cite any cases in support of its theory, while Kenney relied on Greenwood v. Green Leave Lab LLC, which held that a plaintiff employed in a marijuana-testing laboratory under Oregon’s recreational marijuana law was entitled to protections under the FLSA, notwithstanding the CSA’s prohibition on marijuana.  Further, the Court held that businesses are not precluded from complying with federal laws because their business practices may violate other federal laws.  Nonetheless, the Court certified the ruling for immediate appeal to the Tenth Circuit with respect to the issue of whether Kenney is a covered employee under the FLSA.

On appeal, Helix contends that employees engaged in the trafficking of a Schedule I drug under the CSA are not entitled to the protections of the FLSA.  In support of its position, Helix argues that “[a]ll participants in Colorado’s recreational marijuana industry voluntarily assume the risk that their activities will subject them to federal criminal sanction,” and that “[n]o participant is entitled to benefits under federal law, nor should they reasonably expect federal courts to aid their conduct.”  In this regard, Helix contends that an employee who works in the marijuana industry is participating in drug trafficking, and the employee’s wages are proceeds of drug trafficking, which may be subject to potential forfeiture to the federal government.  Based on that premise, Helix argues that Kenney is not entitled to any compensation under federal law.  Helix maintains that extending overtime benefits to Kenney would reward him for the same conduct that the CSA forbade — drug trafficking, which would be an unreasonable application of the FLSA. 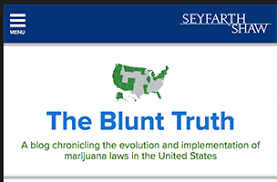