Here’s their press release on the $US2.1 billion deal that has everybody sitting up  this week

News of the deal comes as U.S. states move to legalize the recreational use of cannibas and as consumer appetite for marijuana products has increased since the onset of the COVID-19 pandemic.

The acquisition, announced on Monday, will enable U.S.-based Trulieve to strengthen its presence in the Northeast and Southeast.

The firm has represented Trulieve in several transactions since it went public in Canada in 2018, Sigel and Drew told Reuters on Monday.

Drew said that Trulieve was among a flood of marijuana companies that have completed public listings and acquisitions in Canada, which legalized cannabis in 2018.

DLA Piper has worked on a handful of cannabis transactions in recent months, including representing Canadian pot producer Aphria Inc in its reverse takeover of rival Tilray Inc.

It’s not the first time Trulieve has turned to Fox Rothschild for guidance.

On the other side of the tie-up, representing Arizona-based Harvest Health, are Bennett Jones and Troutman Pepper.

The deal will give Trulieve a foothold in Florida, Pennsylvania and Maryland, and in core markets like Arizona, which voted to make recreational pot legal in November 2020.

The resulting enterprise will boast 126 dispensaries across 11 U.S. States.

Harvest shareholders will get 0.1170 of a Trulieve voting share for each Harvest subordinate voting share held, according to the press release.

Harvest’s shareholders are expected to vote on the deal in the third quarter. 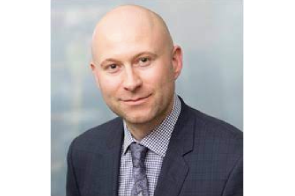