Does the Safe Banking Act Still Have a Chance? Burns Levison Article

FinCEN’s most recent information regarding financial institutions providing services to cannabis-related businesses (“CRBs”) indicates a slight decline in the overall number of depository institutions providing such services during the first quarter of 2020. FinCEN speculated that the decline might be short-term and attributable to late Suspicious Activity Report filings. Regardless, the number of financial institutions actively banking cannabis has stayed steady for over a year. Although there may be many reasons preventing new entrants from coming into the space, one of the biggest hesitations relates to the Senate’s failure to pass the SAFE Banking Act, or some version of it. As the November elections near, it may seem even more unlikely that the SAFE Banking Act will finally become law; however, with the GOP controlled Senate preparing its own version of a second coronavirus stimulus package, there is still a chance that the Senate could include provisions of the SAFE Banking Act similar to those included in the HEROES Act passed by the House in May. Strategically and practically, it would make sense.

Since it passed in September 2019, the SAFE Banking Act has been stalled in the Senate’s banking committee led by Sen. Mike Crapo of Idaho. In December 2019, Sen. Crapo outlined the changes he wanted to see in the legislation before allowing it out of committee. These included a limit on the potency of cannabis, mandated research on marijuana’s effects, and additional controls for ensuring that illicit funds are prevented from entering into the monetary system. These proposed changes would expand the SAFE Banking Act from a bill intended to provide a safe harbor for financial institutions and others providing financial services to cannabis-related businesses, into legislation that seeks broader marijuana policy reform that is unlikely to garner bipartisan support. Sen. Cory Gardner from Colorado, who is co-sponsoring the bill in the Senate, indicated in February that negotiations with Sen. Crapo were going well. Then the coronavirus pandemic hit.

Congress acted quickly to pass its initial Covid-19 relief packages, but the cannabis industry was largely excluded because of the conflict between federal and state marijuana laws. Nevertheless, cannabis businesses were declared essential in most states where cannabis has been legalized, and cannabis businesses across the country saw an increase in sales. CRBs preserved jobs and contributed much-needed income tax revenue to local economies. However, the lack of banking and cash-intensive transactions continue to impede the industry’s efforts, especially in those states that amended their regulations to require cashless payments.

Recognizing that local communities and the cannabis industry would benefit from the SAFE Banking Act, the House included it in its second proposed coronavirus relief bill. Initially, some GOP Senators denounced the inclusion of the SAFE Banking Act, saying that the word cannabis appeared more times in the bill than did the word jobs. But the House had the support of a group of bipartisan Attorneys General who noted that the COVID-19 pandemic had “focused the need for legislative relief” in three areas:

Likewise, several bipartisan State Treasurers wrote to Congress on July 8th, supporting the inclusion of the SAFE Banking Act in the next relief package for similar reasons.

In June, Sen. Cory Gardner said that he believed the bill would be passed in the Senate if the bill could get out of committee. Accordingly, including the SAFE Banking Act in the next coronavirus relief package may finally provide such an opportunity. There has never been a better time or way to help local communities and the cannabis industry, and the Senate will be voting on the new legislation.

Where Should I Locate My Cannabis Business in New Jersey? 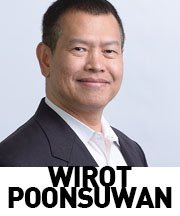 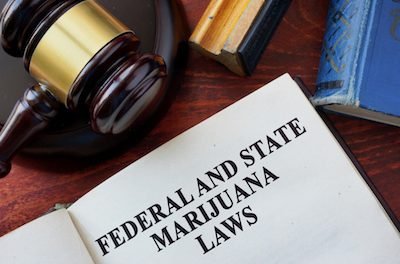 Marijuana, Hemp, CBD Oil: Which of These Is Legal and Where?