Double Duh ! Social media influencer in Dubai arrested for smoking hashish in a live broadcast on his Instagram account

It’s  a dumb enough thing to do, but to do it in Dubai has to put you up there in the cannabis Darwin awards of 2021.

Dubai: A social media influencer in Dubai was arrested for smoking a hashish cigarette in a live broadcast on his Instagram account, an official said on Tuesday.

Major-General Khalil Ebrahim Al Mansouri, Assistant Commander-in-Chief for Criminal Investigation Affairs, said the man, who presented himself as an Emirati model was deported after Dubai Police noticed the live broadcast with his followers while smoking hashish and wearing Emirati national dress.

“Officers at the Anti-Narcotic Department in Dubai Police monitor the online platforms around the clock. We arrested the resident who presented himself as an Emirati while he was smoking a hashish cigarette live over his Instagram account,” said Al Mansouri. “He thought that his fame will protect him but he was deported for his crime.”

Al Mansouri said the man wanted to gain more followers without any sense of responsibility and against the laws. “Dubai Police stands against such people who encourage youngsters and teenagers to break laws and our traditions,” said Al Mansouri. 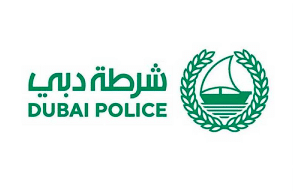