DoubleBlind Webinar: Join us for the a live chat and Q&A on The Future of SB-519 – Monday 22 August

On the heels of California Senator Scott Weiner recently announcing that he will no longer continue plans to pursue SB-519, his psychedelic reform bill which was reduced to a mere study in it’s final committee, many are left asking: what’s next in California’s push to decriminalize psychedelics and end the war against drugs? 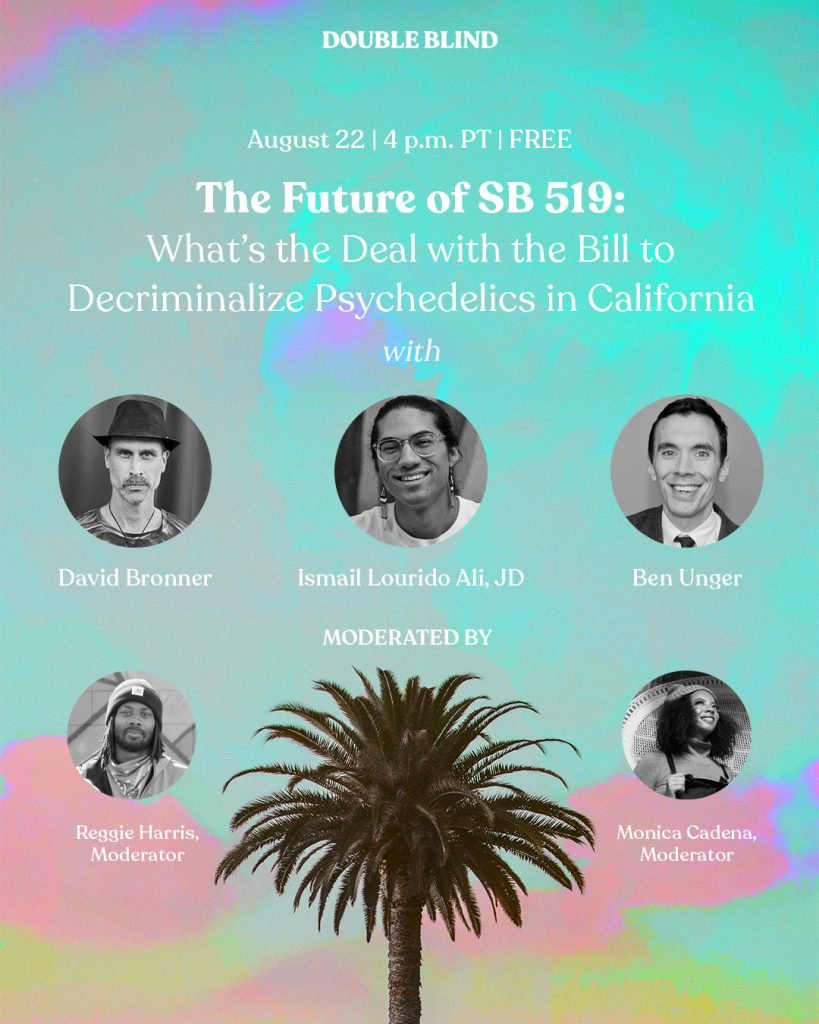 Join moderators Monica Cadena and Reggie Harris and proponents of SB-519 for the FIRST live chat and Q&A to answer some of your most pressing questions.

Read more about where SB-519 currently stands here, and tune in LIVE Monday, August 22, at 4:00pm PST for an in-depth discussion.

The goal of this chat is to build more transparency while fostering a culture of community input in decriminalization efforts on a local and national level.

This event is free to all who wish to join and will be recorded.

The Future of SB-519: What’s the Deal with the Bill to Decriminalize Psychedelics in California