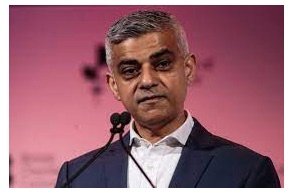 Downing Street has slapped down proposals from Sadiq Khan to look into legalising drugs, including cannabis, if he is re-elected London mayor on 6 May.

As part of his re-election campaign the Labour mayor has pledged to commission a group of independent experts with “fresh ideas” to look at drug use in the capital.

The London Drugs Commission would “examine the latest evidence from around the world”, including on evidence of drug harm, support services and the effectiveness of current laws, the mayor says.

Sources close to Mr Khan told The Guardian he would be willing to consider legalising cannabis, although he has ruled out decriminalising Class-A drugs like heroin and cocaine.

While the London mayor does not have the power to introduce new laws, the paper reports that Mr Khan believes a mayoral endorsement would give a boost to decriminalising cannabis, should the commission recommend it.

But Downing Street has pushed back hard on the idea, saying Boris Johnson has “absolutely no intention of legalising cannabis”.

“Policy on controlled drugs is a matter for UK Government and there are no plans to devolve this responsibility,” the PM’s press secretary Allegra Stratton told a Westminster briefing.

“The prime minister has spoken about this on many occasion – illicit drugs destroy lives and he has absolutely no intention of legalising cannabis, which is a harmful substance.”

Ms Stratton added: “Sadiq Khan, the mayor of London, will know that the policy on controlled drugs is a matter for the UK Government. It’s not a matter for his office.”