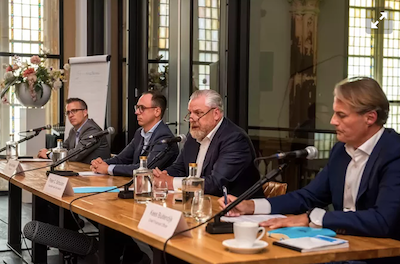 Two aspiring cannabis growers want to stop the draw for the cabinet’s cannabis experiment through the courts. This draw will determine on Thursday which ten initiatives can participate in the trial with legal cannabis cultivation.

The initiators behind the ‘Canbuiten’ and ‘Project C’ plans were only told at the end of last week that their plan had been rejected. They can object to that decision. But that makes little sense if the health ministry just starts drawing lots, they say. That is why both are going to court to postpone the draw before ‘irreversible decisions are taken’.

With the weed experiment, the cabinet wants to test in ten municipalities whether the cultivation, purchase and sale of cannabis can take place legally. It is still the case that coffee shops are allowed to sell the soft drug, but because legal cultivation does not exist, they have to buy the stuff on the black market.

147 participants registered for the experiment last summer. Officials assessed the plans, after which 96 dropped out. The remaining candidates will draw on Thursday.

‘Legally this is possible’

The health ministry, together with the ministry of justice responsible for the weed experiment, confirms that the dropouts were only told last Friday. Yet the objection procedures that may follow are no reason to postpone the draw, said a spokesman for the ministry. “Legally this is possible.”

In practice, this means that the dropouts no longer have a chance to participate in the weed experiment. The ten participants who are drawn, are first subjected to an investigation to rule out that they have criminal ties. If another participant drops out, it will be the turn of the next on the waiting list. That waiting list will also be determined on Thursday.

Arthur Wildeboer of the Canbuiten initiative calls the ministry’s rejection unjustified. The agricultural entrepreneur wants to grow weed outdoors together with two colleagues, because that saves a lot of electricity. One of the reasons his initiative was rejected was that the security plan was not detailed enough. “There might be something to be said for that, but we used a sample form from the government itself when submitting our plans. You could only fill in a few lines there. ” According to Wildeboer, there is a good security plan. He wants to use cameras and radar systems for this.

Criminal lawyer Peter Schouten, one of the initiators behind Project C, thinks that the mayor of Etten-Leur, the municipality where he wants to grow weed in greenhouses, had too much influence in his rejection. “The ministry has previously said that the mayor’s judgment would be inconclusive. But when I read the rejection letter, it seems completely based on that. ”

Schouten thinks it is inappropriate that he is not given the time to file a proper objection. His colleague lawyer Bisar Çiçek is assisting him in the summary proceedings that he is bringing. Wildeboer also emphasizes that it is mainly about a fair chance. “I have the right to object. And I must be given time for that. ” The court has not yet determined when the hearings will take place.

Another initiative that was also dropped does accept the decision. Although Jochem Rebel does have a sour aftertaste. With Thuisgeteeld.nl he wanted to allow home growers to grow weed on a small scale for coffee shops. The reason for his rejection was a Certificate of Good Conduct that was submitted too late. “Do you follow the letter of the law or the human measure. The ministry decided on the former. ”

BREDA – Two aspiring cannabis growers are going to make a supreme effort to stop the draw for the cabinet’s cannabis experiment. Tomorrow morning they ask the judge to postpone the draw scheduled for Thursday. With the draw, the cabinet wants to designate ten aspiring growers who will be allowed to grow cannabis under state supervision for the next four years.

Among the objectioners is the Breda lawyer Peter Schouten, chairman of Project C. This initiative had intended to grow cannabis in Etten-Leur, but Project C was dropped during the first selection of the ministries involved  .   Of the 147 candidates for the cannabis experiment, 96 were dismissed on Friday. The 51 other projects that have been registered will participate on Thursday for the ten available cultivation permits. The 39 candidates who worked out the 51 project plans will be told which number they have drawn after the draw.

In addition to Project C, Canbuiten, which wants to grow cannabis in barns, is also going to court. Project C does this because it believes that the ministry has allowed itself to be guided too much by the negative advice of the mayor of Etten-Leur. Schouten: “In advance, the minister promised that those local recommendations would not be binding, but my impression is that the ministries have based themselves heavily on that.” Thursday’s draw should be postponed until the objection to Project C’s rejection has been dealt with, Schouten believes.

The Breda lawyer hopes that the court in The Hague can schedule the preliminary relief proceedings for Thursday’s draw. “Otherwise it doesn’t make much sense.” For the time being, the Ministry of VWS assumes that the draw can take place on Thursday. The entrepreneurs who are counted among the first ten through the draw must still be subjected to a Bibob test. This is mainly intended to see whether they have any criminal contacts.

The ten chosen entrepreneurs will soon be able to supply cannabis to the coffee shops in the ten cities participating in the weed experiment. This also includes Tilburg and Breda. 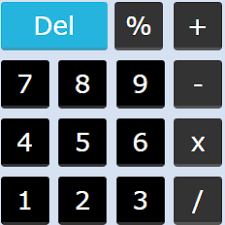 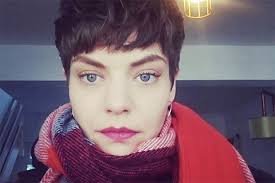 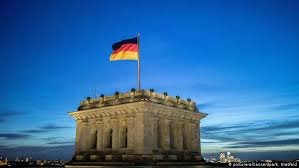