A Dutch drug lord was sentenced to 50 years in prison Tuesday for laundering money connected to narcotics sales through Thailand.

The Supreme Court on Tuesday sentenced Johannes Petrus Maria van Laarhoven, 59, to 50 years in prison on 15 counts of money laundering. His wife, Mingkwan Kaen-in, 37, was also handed 11 years in prison for colluding with her husband.

In practise, van Laarhoven will only serve 20 years, the maximum period of imprisonment for money laundering possible under the law. Mingkwan’s jail term was also reduced to seven years and four months in consideration of her testimony.

The couple was arrested on July 23, 2017 at their house inside a luxury golf course in Sattahip, Chonburi.

The authorities, in cooperation with their Dutch counterparts, accused the couple of using a nominee registered in Cyprus to transfer more than 300 million baht made from illegal cannabis sales in the Netherlands. The funds were allegedly laundered into Thailand via banks in Germany, Luxembourg, and Singapore.

The couple initially denied the allegations and claimed that the money was made from “coffeeshops” in the Netherlands. But the claim failed to convince the court, which deemed 300 million baht to be an unreasonable amount of money to be generated from a coffee business.

“Coffeeshops” in the Netherlands may refer to establishments where the sale of recreational cannabis in small quantities is permitted, though the authorities have not released details on the legality of van Laarhoven’s business.

Legal proceedings against the couple began in the Court of First Instance in 2015, and moved to the Court of Appeals in 2017. Both courts found the couple guilty of money laundering. 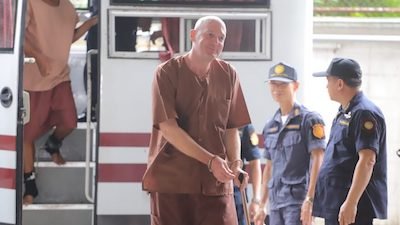