Newsweed reports…..In a letter to the Dutch government, the Ministries of Health, Welfare and Sports (VWS) and Justice and Security (JenV) provide an update on the legal cannabis cultivation experiment in the Nederlands.

Last December, 10 growers were drawn from among 42 approved applications, and are waiting to have passed several verification stages before being able to move forward on their cultivation project.

Both ministries have said the first recreational cannabis producers could be appointed in April. However, the 10 producers will not be appointed at the same time, given the checks that remain to be done and any rejection of applications. Moreover, on the preselection of 10 producers, one gave up. The # 11 on the list, the JOINus Foundation , is now in the background check airlock.

The letter  sent also addresses some details on various points of the experiment: tracking system from seed to sale, prevention policy during the experiment and timing of the official launch of the first crops.

The start date of the experimental phase will thus be determined once all the award conditions have been met. In the early days of legal sales, the coffeeshops participating in the experiment will be able to sell both legal cannabis and hash alongside those from historical supply chains so as not to create a shortage for customers of these businesses.

To assess the effects of the experiment, independent research will take place and will begin after the summer of 2021 to take the initial steps, namely the legal pre-sales consumption conditions.

In addition, a prevention working group was set up in mid-2020 with representatives of participating organizations, representatives of participating municipalities, officials from the ministries of health, social protection and public health. to design a number of prevention instruments. The prevention plan includes the creation of a “file on what works in the field of drugs”, which will be communicated to all stakeholders and to the Trimbos Institute, the Dutch body for mental health, drug addiction and social services. 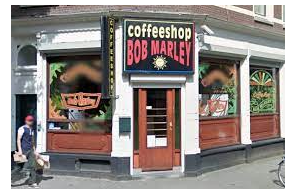