The East African Community could become a mass producer of medical cannabis for export to fast-growing markets in the West.

This is after Rwanda on October 12 became the latest EAC partner state to approve medical cannabis production for export, following closely in the footsteps of Uganda.

Tanzania and Kenya, which produce the largest amounts of cannabis in the region, are yet to legalise the commodity and so it is exported illegally.

Rwanda government officials said the decision to legalise the export of medical marijuana was based on the revenue potential for the country.

“Some of these therapeutic crops can fetch around $10 million per hectare of production. Flowers fetch about $300,000 from one hectare, so economically it is a potentially good business for the country,” Clare Akamanzi, CEO of Rwanda Development Board said on Rwanda Broadcasting Agency.

The country has developed and approved the bloc’s first framework for cannabis export, and is now reviewing bids from interested investors. 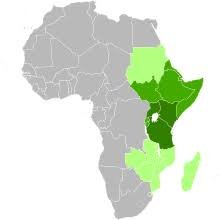