Ehave Inc, a North American listed company which offers magic mushroom and ketamine services, announced that it elected Jamaica’s Mark Croskery to the board of its new subsidiary, to focus on securing deals in Jamaica and the region.

Both Ehave and its new subsidiary 20/20 Global are listed on the OTC exchange under the ticker EHVVF and TWGL, respectively, in the United States.

The parent company wants to set up wellness retreats in Jamaica and will use the subsidiary to launch those operations. It is looking to one of Jamaica’s most well-known marijuana companies, Kaya, for technical advice towards this goal. But Kaya and 20/20 Global are also partnering to develop wellness retreats under a new brand called Kaya Wellness.

“The company will use whatever legal psychedelic molecule to offer retreats to guests, whether ketamine and/or magic mushrooms,” Ehave CEO Ben Kaplan said of his company’s plans to enter the Jamaican market in an interview with the Financial Gleaner.

Ketamine, used by doctors as anaesthesia, has entered into the wellness space as a treatment for certain ailments, said Kaplan. Magic mushrooms are a long-standing psychedelic molecule which most in Jamaica associate with substances found in the tourist town of Negril. While illegal in more than 50 countries, checks with local officials failed to ascertain whether the use of the mushrooms in Jamaica was barred under any statute.

Kaplan said Ehave provides over 10 psychedelic molecules, but will only focus on two in Jamaica.

The company also aims to finance the venture in part with funds raised from its pending US$5-million initial public offer on the Canadian stock market. “We are confident that we will raise the capital, and there’s a lot of indications of interest,” Kaplan said about the offer currently posted at the SEDAR securities commission in Canada.

Croskery, who joined 20/20 Global as a director in December, told the Financial Gleaner that he sees his role as helping to score deals for the company.

“We look to be one of the larger players in the new and upcoming sector of mental health and psychedelics,” he said.

Ehave will also liaise with Kaya for technical assistance. Kaplan was reportedly a founder and board member of Kaya Jamaica Inc, a cannabis company controlled by Balram Vaswani that trades in medical marijuana in Jamaica and other regional markets.

“We plan to develop a farm in Ocho Rios, testing lab like the ones for cannabis, and also develop a retreat for wellness,” Kaplan said. “So, there will be a bridge to Jamaica and that’s why we brought on Mark, because of his experience in the banking space in Caribbean.”

Croskery previously headed Jamaican brokerage Stocks & Securities Limited, but parted company with the family-owned firm more than a year ago. He has since founded Croskery Capital Limited.

Kaya, which was a first mover in the retail cannabis trade with its first herbhouse in Ocho Rios in March 2018, says it’s in the process of widening its reach through the wellness market and is working with companies like Ehave towards that end.

“We will be building out our mushroom cultivation facility and processing location by the third quarter, and roll out the first wellness centre in the fourth quarter of 2021,” he said.

The Financial Gleaner understands that the initial Kaya Wellness centre will be located in the parish of Portland.

Vaswani said Kaya will cultivate functional and psychedelic mushrooms, and that the wellness centres will be a mix of therapy, science, therapeutic modalities and traditional ayurvedic medicine, with dedicated teachings from local and international instructors to provide psychological wellness for people dealing with mental disorders.

“We look forward in working with companies like Ehave and others that share the same mission and vision as this industry is still in its embryo stages, but feels Jamaica has the chance to lead based on the laws,” said Vaswani.

“We hope to have built out, sometime in 2021, the first steps in developing the vertical operation on the island,” added Kaplan. “We plan on using technology and medical protocols. The clinic retreat most likely will be in a rotation between certain unique locations on the island,” he said.

Ehave currently holds US$1.4 million in working capital, which it thinks will be sufficient to carry it for the next year. It expects to send US$100,000 on operating expenses, US$50,000 on services and product development, and US$25,000 on sales and marketing.

Earlier in January, the company, in a separate deal, completed the acquisition of 20/20 Global. The deal involved Ehave selling its Mycotopia Therapies subsidiary to 20/20 Global Inc for US$350,000, while acquiring 75.7 per cent of 20/20 Global’s outstanding shares from that company’s management, according to a filing with the US Securities and Exchange Commission. 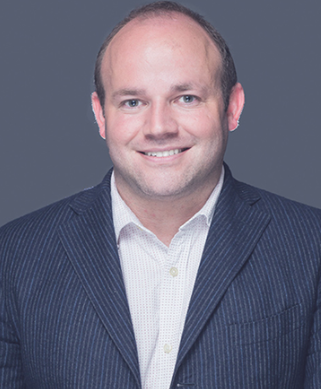