A divided Encinitas City Council declined to take a position Wednesday, June 17, on a citizens’ initiative on the November ballot that would allow cannabis cultivation, product manufacturing, and up to four retail sales dispensaries.

After extended debate, the council agreed in a 4-0 vote to ask the San Dieguito Alliance for Drug-Free Youth to write an opposition statement for the Nov. 3 ballot, but the council as a whole will not sign that statement.

Councilwoman Kellie Shay Hinze also said she had reservations about the initiative and might sign an opposition statement. Mayor Catherine Blakespear and Councilman Joe Mosca both said they would not endorse it, saying they thought the city should stay neutral and let the voters decide. Councilwoman Jody Hubbard was absent from the meeting.

The Cannabis Activity Zoning Ordinance initiative has been waiting for two years to go before the city’s voters. It was certified as ballot-ready in August 2018, just days after the submission deadline for that year’s November general election ballot, so it will appear on this year’s ballot.

If approved by a majority of the city’s voters, the initiative will:

Kranz said Wednesday, June 17, that he was once a “stoner” himself many years ago and “didn’t hold it against” people if they wanted to use marijuana, but said he opposed the initiative because it would allow cannabis retail dispensary stores to open in Encinitas.

“I have not heard a whole lot of clammering for dispensaries in Encinitas,” he said, noting that in 2014 the city’s voters turned down an initiative that would have allowed dispensaries.

Kranz added that while he opposed the retail sales portion of the initiative, he supported the section that would allow cultivation of commercial cannabis in greenhouses in the city’s agricultural zones.

Blakespear and Mosca both said they thought the community was deeply divided over the issues raised by the initiative and the city ought to stay neutral.

“They’re intelligent voters … they can decide for themselves whether this is good or bad,” Mosca said.

Mosca served with Kranz on a council subcommittee on cannabis issues several years ago, and mentioned Wednesday, June 17, that the large crowds of people who attended those committee meetings were roughly evenly divided.

Before the council voted Wednesday, June 17, city staff members read aloud the some two dozen comments people had submitted regarding the ballot statement issue. The vast majority of the people who submitted comments, including three former City Council members and a number of youth drug use prevention advocates, urged the council to endorse an opposition statement, saying there was “no positive benefit” to the initiative. They said it would encourage youths to start using drugs, increase the city’s crime rate and add to policing woes.

The handful of people who wrote to support the initiative strongly disagreed, saying that the initiative would add to the city’s quality of life rather than taking it away. Cannabis provides a much better medical option for pain relief than opiates and promotes a “calm, peaceful state of mind,” unlike alcohol use, one supporter wrote. 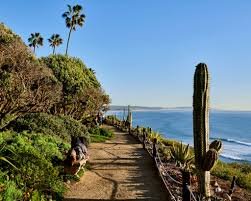