ESCONDIDO – The Escondido City Council recently voted 3-2 to postpone a discussion on the legalization of cannabis sales in the city, however it is unclear when exactly they will revisit the issue.

At the meeting on March 24, the council received 131 public comments on the issue, with 110 voicing support of legalization and 21 opposed. However, because the item was postponed, the comments were not read into the record.

Previous city-led surveys of Escondido residents have also indicated that many community members are in favor of legalizing cannabis sales.

“I don’t think it’s necessary for us to make these determinations at this time,” Morasco said. “There’s a lot more information that could be obtained and provided and I’d like to move the discussion to a later date.”

Back in 2018, the council unanimously voted to prohibit the use and sale of cannabis in the city — a different council than the one that is seated now.

“When the State of California legalized recreational cannabis, Escondido was one of several cities to specifically prohibit the production and sale of cannabis products within their jurisdictions,” the staff report said. “In Escondido, 52% of local voters supported the Proposition 64 statewide measure in 2016; the City’s Resident Satisfaction Survey, conducted in June 2020, showed general support of commercial cannabis sales.” 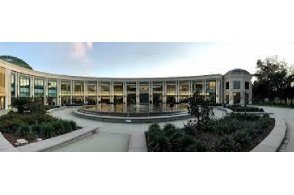