THC limits were placed on industrial hemp in Europe in 1984. From then until 1987, the maximum limit was set at 0.5%. After that, it was reduced to 0.3%; which is a fairly standard in many countries, including the USA and much of Australia.

However, the reductions didn’t end there. In 1999, the limit was lowered again from 0.3% to 0.2%; supposedly to discourage the cultivation of illicit marijuana in industrial hemp fields.

It was a strange move given it wasn’t supported by evidence and the fact that 0.3% hemp looks exactly the same as 0.2% hemp (as does .5% and even higher). Industrial hemp generally is a very different looking plant to marijuana.

These increasingly tight regulations have restricted the choice of varieties European farmers can cultivate and puts them at a significant competitive disadvantage. With hemp-based food popularity skyrocketing and the number of regions now permitting hemp cultivation quickly growing, the EU needs to move with the times (and the evidence).

“That is why we are asking the European Parliament, the European Commission and the Member States to reverse the tightening up of 1999 and to restore the European hemp industry’s full competitiveness,” states the European Industrial Hemp Association (EHIA).

A full history of the regulation of industrial hemp THC limits in the EU can be downloaded here. 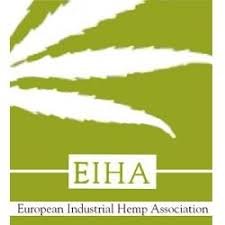