SHIPROCK, N.M., Oct. 4, 2019 /PRNewswire/ — In 2000, the Navajo Tribe approved the production of hemp on the Navajo Nation. In 2018, the Navajo Nation San Juan River Farm Board (the Board) then developed the Regulations required to cultivate hemp on individual farms.

“After the success of last year’s pilot program we stepped up production for 2019 and plan to produce more going into 2020,” said Dineh Benally, President of the Board. 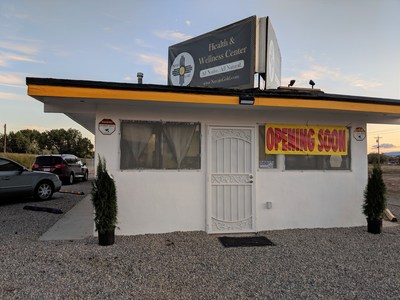 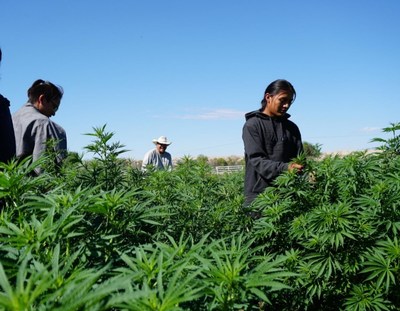 Hemp is known to replenish contaminated soil such as uranium leakages, creating jobs and a new industry for the Navajo people, as well as its many uses for medicinal and wellness purposes are just a few reasons why the Board first voted to implement a pilot Hemp Program on the Navajo Nation (NN) in 2018.

After the NN took a huge hit last year when over 2000 jobs were lost as the result of a long time tenant and large power plant closing down, a new revenue stream and industry had to be found for this Tribe. This closure left many local residents without the ability to pay their bills and no other source of income to manage their farms. Industrial Hemp reportedly has over 50,000 uses and is derived from the cannabis plant but has less than 0.03% tetrahydrocannabinol (THC) therefore has no psycho-active effect and does not get you “high.”

On Thursday, December 20, 2018, President Trump signed into law the Agricultural Improvement Act of 2018 (the “Act” or the “Farm Bill”) right after the Senate passed it on December 11 by a vote of 87-13. The House quickly passed the measure the next day by an overwhelming vote of 369-47. As a result of the Native Farm Bill Coalition, the final package included 60 provisions specifically supporting Native American tribes, farmers, ranchers, and producers which are outlined below. A side-by-side of provisions impacting tribal governments in the House, Senate, and final versions of the Farm Bill can be found here. The Farm Bill addresses Federal policies and programs that are very crucial to the Navajo Nation and its agricultural community, including provisions specifically pertaining to the cultivation of hemp and production of hemp-based products.

The Farm Bill removed hemp from the list of controlled substances and directed the USDA to make hemp growers eligible to participate in federal programs on equal with other crops and making it possible for its commercialization. Congress recognized the Department of Agriculture (USDA) assumes primary regulatory authority over hemp production within the United States, and States, Territories and Tribal may take primary regulatory authority within their jurisdictions once approved by USDA.

Hemp is no longer a controlled substance

Among other things, this new law changes certain federal authorities relating to the production and marketing of hemp, defined as cannabis (Cannabis sativa L.), and derivatives of cannabis with extremely low (less than 0.3 percent on a dry weight basis) concentrations of the psychoactive compound THC. These changes include removing hemp from the Controlled Substances Act, which means that it will no longer be an illegal substance under federal law.

DEA confirms hemp is no longer a controlled substance

Accordingly, hemp, including hemp plants and cannabidiol (CBD) preparations at or below the 0.3 percent delta-9 THC threshold, is not a controlled substance, and a U.S. Drug Enforcement Administration (DEA) registration is not required to cultivate or research it.

As a result, the Board got involved once they saw what huge potential this fast, emerging, global industry had to offer. This growing season, the Board provided on-the-job training for traditional Navajo farmers and laborers to repurpose some farms and teach them how to grow the hemp plant. They assembled a task force of over 200 out-of-work farmers / laborers to go from field to field to learn and help each other irrigate, water, plant seeds, weed, and harvest their farms throughout the season.

“As the 2019 hemp cultivation comes to a close, harvest is upon us and the first Hemp & CBD store is opening on the Navajo Nation,” added Benally.

The Navajo is taking a place at the table of the 4.41 Billion USD global hemp industry which can literally replace and transform much of the material, food and energy of the world. As hemp returns as a viable, organic alternative for food, clothing, housing, medicine and fuel systems, the Navajo are keen to not only be a part of the industry, but to transform their communities as well.

“Hemp cultivation can connect the Navajo people’s past to its future and can provide many agricultural and economic advantages for this Tribe,” Benally stated. “President Nez and several council delegates have been very vocal with their support of hemp on the Navajo Nation.”