Canadian company Aphria will be manufacturing, packing and testing products in the form of dried flowers

The medicine’s authority has issued the first license for the production of medical cannabis.

The Canadian company Aphria, a global leader in the sector, will be manufacturing, packing and testing products in the form of dried flowers.

The dried flowers will be cultivated in Canada.

The license, government said, is an important milestone, as it will lead to the exportation of medical cannabis products from Malta.

Government said the direct foreign investment was made possible after a rigorous due diligence process headed by the medicine’s authority and Malta Enterprise.

The medicines authority inspected both local and Canadian facilities before issuing its certification, in order to ensure they abided with the EU’s Good Manufacturing Practice and therefore manufacture a pharmaceutical product of the highest standards.

Other companies are also beiong evaluated after filing a licensing application. 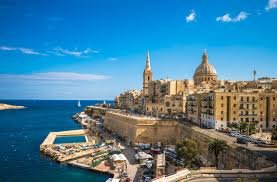