Later today, Jo-Andy Christepher Marie Balentina, Joell Charles Marie Balentina, Sheriann Ann Marie Bryan, Leon George Hall, and Edlyson Reuel Elias Sophia will be arraigned at the federal courthouse in Brooklyn on international cocaine distribution conspiracy and related cocaine importation charges.  Jo-Andy Balentina is also charged with money laundering conspiracy for his role in laundering the proceeds of cocaine sales generated by the trafficking.
The defendants were extradited from Curacao on January 5, 2023.  The United States submitted requests for their provisional arrests based on the warrants issued in the Eastern District of New York.  A sixth defendant, Israel Osial Barrett, also known as “English,” was arrested in the United Kingdom on a provisional arrest warrant and the government is currently seeking his extradition.

“The defendants operated an international drug trafficking enterprise that for years funneled over one hundred kilograms of cocaine into the United States onboard cruise ships and commercial airliners, using an extensive network of corrupt airport employees,” stated United States Attorney Peace.  “This Office and our law enforcement partners will continue to identify, investigate and prosecute narcotrafficking organizations that not only flood our streets with dangerous drugs, but also corrupt and compromise airport security.”

“As alleged, these individuals have created and led an elaborate network of traffickers and collaborators who used their access to secure areas at airports and on cruise ships to move massive amounts of cocaine into the United States.  Today’s arraignments move us one step closer to the dismantlement of this criminal organization responsible for flooding our streets with cocaine while lining their pockets with the proceeds,” stated HSI Special Agent-in-Charge Arvelo.  “HSI, along with our partners, is committed to leveraging our international footprint and customs law authorities to disrupt the flow of dangerous drugs into our communities and dismantling the drug trafficking organizations who peddle in this poison.”

As set forth in the indictment, court filings and statements made in Court, the defendants are all leaders, members or associates of a Curaçao-based drug trafficking organization (the Curaçao DTO) responsible for importing large shipments of cocaine into the United States, and laundering illicit funds derived from their narcotrafficking activities and sales in the United States back into Curaçao.  The defendants and the Curaçao DTO transported cocaine from Curaçao to the United States by various methods, including commercial airliners and cruise ships.

Since at least early 2017, Jo-Andy Balentina was the principal leader of the Curaçao DTO.  Organization members including Bryan, Hall and Sophia, were responsible for recruiting, training and managing other individuals as couriers to transport and accompany cocaine shipments on the commercial aircraft and cruise ships.  The Curaçao DTO also utilized corrupt airport employees at Curaçao/Hato International Airport in Curaçao, specifically Joell Balentina, and at John F. Kennedy International Airport in Queens to exploit their security clearances and to facilitate the loading and unloading of cocaine shipments and bulk cash on commercial aircraft and bypass airport security and customs.  As a result of the investigation, law enforcement authorities identified or intercepted multiple large-scale shipments of cocaine coming into the United States.

Once the cocaine arrived in the United States, it was smuggled out of the airport or seaport and sold by or on behalf of the Curaçao DTO either directly, or through established distribution networks.  In turn, the proceeds were laundered from the United States back to Jo-Andy Balentina and the Curaçao DTO. As a result of this investigation, federal authorities have dismantled the United States-based network of corrupt airport employees and thwarted the planned importation of an additional 300 kilograms of cocaine to be supplied by the Curaçao DTO.

The charges in the indictment are allegations, and the defendants are presumed innocent unless and until proven guilty.  If convicted, the defendants face up to life in prison.

The government’s case is being handled by the Office’s International Narcotics and Money Laundering Section.  Assistant United States Attorneys Jonathan P. Lax, Andrew D. Grubin and Robert M. Pollack are in charge of the prosecution.  Assistant United States Attorney Brendan G. King of the Office’s Asset Recovery Section is handling forfeiture matters in the case.  The Department of Justice’s Office of International Affairs provided substantial assistance in securing the arrests and extraditions of the defendants.

This effort is part of an Organized Crime Drug Enforcement Task Forces (OCDETF) operation. OCDETF identifies, disrupts, and dismantles the highest-level criminal organizations that threaten the United States using a prosecutor-led, intelligence-driven, multi-agency approach. Additional information about the OCDETF Program can be found at https://www.justice.gov/OCDETF.

The Defendants Being Arraigned Today: 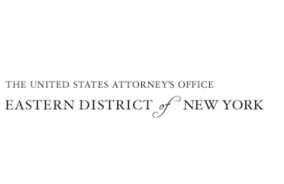