Christmas is coming early for cannabis prisoner Richard DeLisi and his family this year. According to prison officials at South Bay Correctional Facility, Richard DeLisi, America’s longest serving nonviolent cannabis prisoner, will be released in December 2020. The early release date comes after Last Prisoner Project along with pro bono attorneys Chiara Juster, Elizabeth Buchanan, and Michael Minardi supplemented Richard’s previously filed clemency application earlier this year and have continued to advocate on his behalf to local officials and key stakeholders in Florida.

Richard began his 90-year-sentence in prison for marijuana trafficking on December 5, 1989 at the age of 40. On February 10, 1990, Richard spent the first of thirty-one birthdays that he would spend behind bars. While away in prison, Richard’s son Stephen, his wife, and both of his parents passed away. Fortunately, Richard’s remaining friends and family are eager to celebrate his early release. Richard says he cannot wait to reunite with his two living children, Ashley and Rick, and to hold his five grandchildren for the first time once he is free. 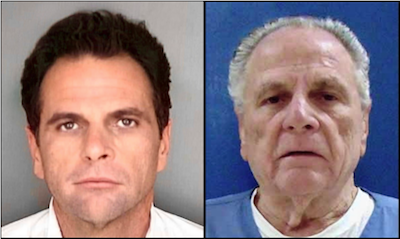