Florida Legislator To Introduce A Bill To Legalize Psilocybin-Assisted Therapy

A Florida state lawmaker plans to introduce as soon as next week a bill that would legalize psilocybin-assisted therapy in the state. Reports Forbes

Modeled after a recent voter-approved initiative in Oregon, the proposal from State Rep. Michael Grieco, a Democrat who represents Miami Beach in the state Legislature, represents the first serious push for legal access to psilocybin on the East Coast.

It’s also the first effort to legalize magic-mushroom access in a red state, and a potential test case that could demonstrate that like cannabis legalization, access to legal psilocybin is also a bipartisan issue.

“I know at least two people personally who have gone through microdosing sessions, and they claim it’s completely cured their depression,” Grieco said in a recent telephone interview. “All this would be doing is creating a controlled environment, where folks can potentially address an issue. We should not be afraid of trying new things, especially if it’s controlled and safe.” 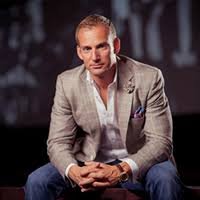