Florida man arrested with over 3 pounds of magic mushrooms

FORT MYERS, Fla. – A Lehigh Acres man was arrested Sunday with over three pounds of psilocybin mushrooms and one pound of marijuana, according to the Lee County Sheriff’s Office.

Edward Wolcott, 38, was arrested around 6:30 a.m. when he was found outside of the Southern Veterinary Specialists clinic in Fort Myers wearing a robe saying he would “rob the place for Ketamine,” according to the arrest report.

Deputies said they could clearly see vacuum sealed bags with what appeared to be drugs through the window of the car Wolcott was driving. 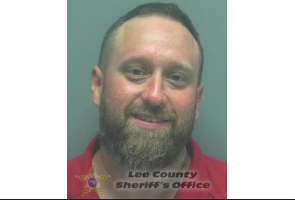