Florida set to double cannabis licenses in the state

State health regulators on Monday set in motion a process to issue up to 22 more medical-marijuana licenses, in a highly anticipated move that could double the size of Florida’s medical-cannabis industry.

The state Department of Health also published an emergency rule that would make it far more expensive for marijuana operators to renew their licenses every two years, increasing the cost from roughly $60,000 to more than $1 million.

The jump in the renewal fees came after Gov. Ron DeSantis this year said medical-marijuana companies weren’t paying enough to operate in the state, where licenses have sold for more than $50 million.

Under an emergency rule setting up the process to apply for new licenses, health officials would accept applications in “batching cycles.” The plan said the windows for the batching cycles will be established in a separate rule but did not say how many licenses would be up for grabs in each cycle.

The rule also set the application fee for new licenses at $146,000, more than double the $60,830 fee established during the state’s initial round of licensing more than five years ago.

The release of the rules on Monday created an immediate buzz among industry attorneys, lobbyists and investors.

Health officials were “clever” to include the batching-cycle provision in the application rule, Sally Kent Peebles, a Jacksonville-based partner at the national cannabis-law firm Vicente Sederberg LLP, told The News Service of Florida.

“It was quite brilliant to include the language regarding the batching cycle, and I would think the reason they did that is to avoid all this costly litigation that we’ve seen in the past,” Peebles said.

Losing applicants would have the opportunity to apply for licenses during another batching cycle, which could affect their ability to file legal challenges, according to Peebles. 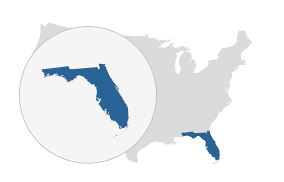