Following are the relevant parts of the story. For the complete report please  link below. The precis appears to be,  First Green will pull the plug on cannabis clients by end of January 2018 as they intimate that they are about to be bought or will merge.

This is followed by some perfect west coast corporate speak .

“However, we have made the tough business decision to end our medical cannabis business practices and have an alternative solution for banking in place for our customers in the industry.”

Finally they try to fob us all off by saying there are other financial institutions who’ll handle cannabis accounts in Florida but don’t actually name anyone .

First Green Bank, a Central Florida community bank that operates only in this state and doesn’t require a federal charter, stepped in. By this summer, it was handling accounts for six of the state’s seven licensed producers of medical marijuana.

But now, in a move that underscores the volatility of the state’s nascent market, First Green has announced that it is closing the accounts of its cannabis clients and won’t be handling their money past early January.
Initially, the announcement — which comes just a few months after the bank celebrated being the first in the state to handle medical marijuana clients — sent some clients scrambling. But the bank has apparently found a new institution willing to take its place, and companies that spoke to the Miami Herald say they’re confident that Florida’s 40,000 card-carrying medical marijuana patients won’t notice any hiccups.
“There will be no interruption or change in operations as far as patients and members are concerned,” said Jake Bergmann, CEO of Surterra Holdings, a medicinal marijuana operator and a First Green client.

Bank executives declined an interview and would not explain why they’re canceling clients. But the Miami Herald has learned that the decision is due to a looming acquisition by a larger financial institution concerned about assuming the risk that comes with handling medical marijuana money.

“It’s an important initiative for us to act as a safe harbor for professionals in the cannabis industry,” First Green Bank said in a statement. “However, we have made the tough business decision to end our medical cannabis business practices and have an alternative solution for banking in place for our customers in the industry.”

The bank’s clients were caught off-guard by the news. But they don’t expect the change to be that abrupt.

No one would name the banks that are taking on Florida’s marijuana clients, saying that unlike First Green Bank, the institutions have wished to maintain a low profile.

“The industry and the patients will be fine,” Woloveck said. “First Green is giving a transition period and several other banks have already stepped up in Florida to fill the need. Medical cannabis banking has become much more accessible over the past few years; it is not nearly as burdensome as it was even a year or two ago. Thankfully, the taboo and stigma has lifted and more and more banks are ready, willing, and able to take medical cannabis funds in legal states.” 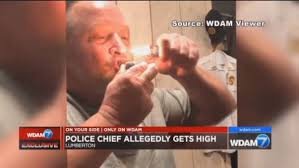 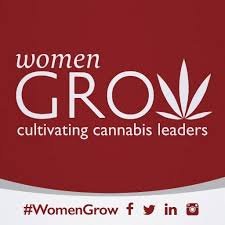 Women Grow CEO Steps Down To Concentrate On Business