For years we have been intrigued about the prospect of legal recreational marijuana in Florida—not a particularly far-fetched notion given the overwhelming support for Florida’s 2016 constitutional amendment broadly legalizing medical marijuana in the state. Last week marked a potential turning point for recreational marijuana as the Florida Supreme Court heard oral arguments (via videoconference) about a proposed 2022 ballot initiative.

Make it Legal Florida (MLF), a political committee, is seeking to put recreational marijuana on the 2022 ballot. As we wrote about here, MLF initially planned to put its proposal on the 2020 ballot, but could not meet a February 1, 2020 deadline for submitting a petition with the required 766,200 signatures. As such, it is now aiming for 2022, but first the committee needs the Florida Supreme Court to sign off on the ballot title and summary. The Florida Supreme Court’s review will not address the merits of legalizing marijuana in Florida and is limited to determining whether the proposed ballot initiative meets certain legal standards, including that it is not misleading.

Unsurprisingly, MLF’s proposal is being met with opposition, including from Attorney General Ashley Moody, various lawmakers from the Florida House and Senate, and groups such as the Florida Chamber of Commerce and the Drug Free America Foundation, which argue, among other things, that the proposed summary language is misleading to voters because it does not qualify that possession and purchase of marijuana will remain illegal under federal law. According to an article in the Tampa Bay Times, the State Solicitor General, Amit Agarwal, focused his oral argument on the language in the summary indicating that the amendment “permits adults 21 years or older to possess, use, purchase, display, and transport up to 2.5 ounces of marijuana and marijuana accessories for personal use for any reason.” Agarwal argued that summary is problematic because it does not address continued federal illegality; “[v]oters right now are told, expressly and unqualifiedly, that the proposed amendment would permit something that it quite simply would not permit.” George Levesque, on behalf of MLF, disputed that point, noting that Florida voters are “changing the only constitution that we can change…The only law we can change is Florida law.”

Additionally, last week the Florida Supreme Court also heard arguments in the Florigrown case, which we previously discussed here.  The outcome of this case could have significant implications on Florida’s medical marijuana program and its concept of mandatory “vertical integration.” The Florida Department of Health appealed to the Supreme Court after lower courts sided with Florigrown, which argued that the state’s law requiring companies to essentially handle all aspects of the cannabis business conflicts with the 2016 constitutional amendment. Florida’s cannabis licensing program has been effectively halted as a result of several injunctions/stays that were issued as part of the Florigrown case.

Both of these decisions could have huge implications for marijuana in Florida, medical and recreational. We anticipate the Supreme Court may take several months to issue decisions in these matters, and we will continue to track any developments in these cases on our blog. 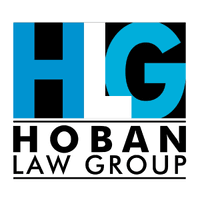