In 1975, Jeffrey Edmondson, a drug dealer based in Minneapolis, filed his taxes. As a self-employed man in the illicit drug trade, he had a good year—he sold 1.1 million amphetamine pills, five ounces of cocaine, and 100 pounds of marijuana. And like any other God-fearing, tax-paying American business owner, he wanted to deduct standard business expenses.

On his tax return, Edmondson recorded $105,300 in costs related to selling speed, weed, and coke during the taxable year of 1974. He also itemized two-thirds of the 29,000 miles he put on his car that year, $250 for a flight to San Diego, and $200 for food and entertainment expenses during a business trip. There was also $50 for a scale, $200 for packaging supplies, and $180 in long distance phone calls. Since Edmondson ran his business from his apartment, he deducted two-thirds of his rent.

The Internal Revenue Service denied all his deductions in an audit, but in 1981 Edmonson fought the decision in U.S. Tax Court and a judge sided with him—he recouped most of his expenses. However, in 1982 Congress took aim at drug dealers like Edmondson and enacted 280E, a tax code that prevents businesses that traffic Schedule I or Schedule II controlled substances, which includes heroin, LSD, cannabis, cocaine, amphetamines and other drugs, from claiming standard business deductions.

Today, even though 17 states have legalized adult-use cannabis and 32 other states permit medical marijuana use in some form, cannabis retailers must pay taxes under 280E. This tax code essentially makes cannabis companies pay taxes on gross revenue; a huge financial burden that makes it difficult to turn a profit. 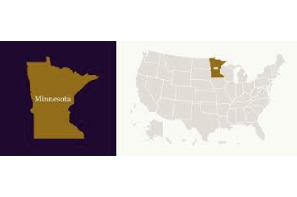