In a period of 55 hours starting on the morning of March 22, shares in Chinese vaping company RLX Technology collapsed 54%, slashing more than $16 billion from the startup’s market cap. The slump continued through the week as investors sold on the news of a potential industry crackdown by China’s tobacco regulator and the Securities and Exchange Commission’s announcement that it would start enforcing a law to require Chinese listed companies to provide audits or risk being delisted.

It was just another twist in the rollercoaster history of a company that rose from nothing to become the largest e-cigarette brand in China in three years. Just two months prior, it raised $1.4 billion in a blockbuster IPO on the New York Stock Exchange that catapulted four of its cofounders into the ranks of the world’s wealthiest.

Among them was CEO Kate Wang, 39. One of a record 57 self-made women billionaires from China, Wang was worth $9.1 billion on the day of the IPO, thanks to her 20% stake in RLX. Now worth $2.9 billion, she claims to be utterly unfazed by the stock gyrations. “That doesn’t bother me,” she told Forbes earlier in March, noting that she doesn’t even have a brokerage account. “Every day I focus on my work, which is problem solving.”

Wang has had her hands full guiding RLX from an idea in 2017 to a behemoth that has grabbed more than 60% of China’s burgeoning e-cigarette market, according to Shanghai-based China Insights Consultancy.

Despite growing mistrust of vapes by regulators and a global pandemic that puts vapers and smokers at higher risk, RLX’s sales grew 147% to $585 million in 2020, with a small net loss of $20 million. That caps off a meteoric rise from the $19 million revenues RLX reported in 2018, its first year of operation. With only slightly more than 2% of China’s 308 million smokers using e-cigarettes—compared to nearly a third of the 34 million smokers in the U.S. in 2019—RLX has plenty of runway. 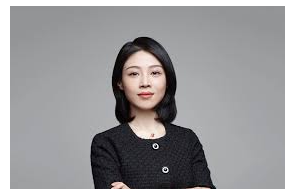