A lot of new pickup trucks are kicking up dust on rural Oklahoma roads. The drivers, in many cases, are not familiar to longtime locals and seem to prefer it that way.

Stories abound of strangers showing up with bundles of cash and paying far above market rates for farmland that’s quickly converted to marijuana production enclosed in fenced compounds.

For the most part, the grows seem to be duly licensed by the Oklahoma Medical Marijuana Authority. But law enforcement officials and some lawmakers contend that a good deal of the product is being illegally shipped out of state for old-fashioned street sales.

By one estimate, said state Rep. Josh West, R-Grove, 60% or more of the state’s marijuana production is sold illegally.

To be sure, not all grow operations are on rural Oklahoma farmland. Hundreds are tucked into repurposed industrial buildings in the two major urban areas. But they don’t attract the attention the rural grows do.

And the situation, say rural lawmakers, is creating a lot of tension in their districts.

“You have large marijuana grows going in across our state in rural areas,” said state Rep. Scott Fetgatter, R-Okmulgee. “The appearance is that there’s a lot of foreign interest in those grows. The concern is that there is organized criminal activity involved with them.”

“It’s a real problem,” said Fetgatter, who has devoted a large portion of his time the past three years to understanding the medical marijuana business and its impact on the state. “If you don’t live outside Tulsa or Oklahoma counties, you probably don’t even understand the magnitude of it.”

‘It’s gotten away from us’

Some contend that the stories are exaggerated, and they may be, encouraged by those still largely opposed to legal marijuana of any type and hoping to turn public opinion in their favor. But at least some of the stories are true.

For example, a 30-acre parcel with an 1,800-square-foot house between Bartlesville and Tulsa that was on the tax rolls for $132,600 was sold to a marijuana-growing operation last November for $375,000.

Even legitimate sales like that make neighbors nervous. It drives up land values for those who would like to expand and raises the taxes of those just trying to hang on to what they have.

And then there is the criminal element.

To be clear, it is thought that most of those involved in Oklahoma’s new medical marijuana sector follow the law. But some don’t.

Oklahomans have joked since at least the 1970s about pot becoming the state’s leading cash crop, but Mark Woodward of the Oklahoma Bureau of Narcotics and Dangerous Drugs said his agency is seeing an unprecedented level of activity involving illegal marijuana. The money trail, Woodward said, leads throughout the United States and into Asia, Latin America and the Middle East 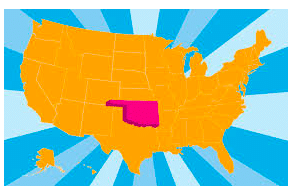