Two California men were each sentenced today to two years in prison for accepting bribes in return for a guarantee of a city permit to open a commercial cannabis dispensary.

According to the plea documents, former Calexico, California, City Councilman David Romero, 37, and Bruno Suarez-Soto, 29, a former commissioner on the city’s Economic Development and Financial Advisory Commission, accepted $35,000 in cash bribes from an undercover FBI Agent who they believed represented investors seeking to open a cannabis dispensary in Calexico. In return, Romero and Soto guaranteed the rapid issuance of a city permit for the dispensary and to revoke or hinder other applicants, if necessary, to ensure that the bribe payer’s application was successful. Both men also acknowledged that they had taken bribes from others in the past. Referring to this $35,000 payment, one of them told the undercover agent, “This isn’t our first rodeo.”

According to admissions in the plea agreements and other documents filed in court, Romero and Soto accepted the $35,000 from the undercover FBI agent in two installments. At the conclusion of a meeting between the defendants and the undercover FBI agent on Jan. 9, 2020, with Romero looking on, the undercover agent handed Soto $17,500 in cash. The agent asked whether “we’re good,” and Romero responded, “Trust me.” On Jan. 30, 2020, Romero and Soto accepted the second installment of $17,500 in cash.

In addition to being a councilman, Romero served as Calexico’s Mayor Pro Tem, meaning he was set to become Mayor in July 2020. Soto recently resigned from the city commission responsible for promoting business and community growth and coordinating with prospective developers to help them invest in the city of Calexico. Romero resigned his position with the city in connection with his plea agreement, effective June 8, 2020.

In addition to the prison sentence, Romero and Soto were ordered to pay forfeiture in the amount of $17,500.

The FBI investigated the case. 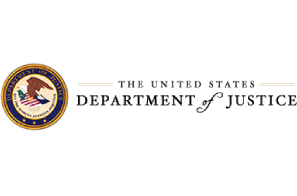