A former Los Angeles County sheriff’s deputy was sentenced to seven years in prison for his role in a 2018 cannabis warehouse robbery that resulted in the theft of nearly $650,000 in cash and over 1,000 pounds of cannabis.

An ex-Los Angeles County sheriff’s deputy has been sentenced to seven years in prison for his role in an October 2018 cannabis warehouse robbery, the Associated Press reports.

Using a fake search warrant to gain entry, Marc Antrim — working then as an L.A. County Deputy — posed as a Sheriff’s narcotics officer and stole nearly $650,000 in cash and over 1,000 pounds of cannabis from a downtown L.A. warehouse. Assisted by co-conspirators who were dressed as deputies complete with uniforms, service belts, and guns, the pseudo-Sheriff looted the warehouse over a two-hour period, according to the report. Additionally, Los Angeles city police were called during the robbery but the defendant convinced the responding officers he was with the Sheriff’s Narcotics department, and the police left the scene. 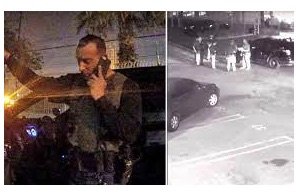