Fructus Industriales – Does it Apply to Cannabis Tenants?

What happens to growing marijuana or hemp plants with an evicted cannabis tenant? Landlords and tenants in the cannabis business may have to deal with a principle of real estate law called fructus industriales. This concept refers to the products of a person’s labor on land, and in particular, to annual crops. Also known as emblements, fructus industriales dates back in common law as early as the fifteenth century.

In many jurisdictions, fructus industriales protects farmers and cultivators who are evicted from a leased farm. Under this law, growing crops are considered to be personal property belonging to the farmer, and not part of the real estate belonging to the owner. Therefore, if a farmer cultivating a crop is evicted from his cultivation, that farmer can make a claim to the growing crops. Fructus industriales is different from fructus naturales, which would govern the ownership of natural products of the land like minerals or native vegetation.

In Colorado, a farmer’s ownership of his or her crops for this principle is protected by statute. Title 13, article 140 of the Colorado Revised Statutes covers evictions, known as “forcible eviction and detainer” or FED for short. Section 105 of this law allows farmers to continue to access their farm after an eviction  to keep cultivating and harvesting growing crops, if they pay the landlord for the reasonable use of the land.

So, if your marijuana cultivation is evicted or if you are a landlord who evicts a marijuana tenant, this could complicate things, right? Not so fast. Growing marijuana is a privileged activity under Colorado law. It’s illegal to grow marijuana in commercial quantities without licenses from the state and local regulators.

(8)          (a)           Each license issued under this article 10 is separate and distinct. It is unlawful for a person to exercise any of the privileges granted under a license other than the license that the person holds or for a licensee to allow any other person to exercise the privileges granted under the licensee’s license. A separate license is required for each specific business or business entity and each geographical location.

Evicted marijuana tenants even have another obstacle in exercising their rights under fructus industriales in Colorado: the Colorado Marijuana Code requires marijuana businesses to report to the Colorado Marijuana Enforcement Division if those businesses “abandon a licensed premises or otherwise cease operations.” This report is required 48 hours in advance of the event. C.R.S. Section 44-10-701(h) further requires a business that abandons a licensed premises or otherwise ceases operations to forfeit all their marijuana and marijuana products to the MED for destruction. So, even if a tenant is allowed to cultivate its plants to harvest under the FED statute, there will be no plants left to cultivate after the MED destroys them once the eviction happens.

What about eviction of a licensed hemp facility? Colorado requires hemp cultivators to be registered with the Colorado Department of Agriculture. C.R.S. § 35-61-102. The Colorado Industrial Hemp Regulatory Program in Title 35 Article 61 of the Colorado Revised Statutes requires accurate identification of a land area, and hemp cultivation only within that land area, but it does not make loss of possession a violation by itself.

Similarly, the Department of Agriculture’s rules are silent as to the responsibility of an evicted hemp tenant surrounding its hemp plants. CDA rule 8-CCR 1203-23 rule 2.1.8 requires a Registrant to have the legal right to cultivate industrial hemp on the Registered Land Area and the legal authority to grant the Department of Agriculture access for inspections. An evicted hemp tenant may face a charge or violation. But the rules and the Industrial Hemp Regulatory Program statute do not require destruction of hemp plants simply for loss of possession.  An evicted hemp farmer could therefore seek to use fructus industriales to protect its rights in the crops.

On the flip side, fructus industriales isn’t a blank check for tenant farmers. The timing of hemp farming activities impacts the availability of this principle in an eviction. Hemp landlords seeking to evict a hemp cultivator tenant should consider how and when to provide effective notice . Furthermore, a hemp farmer would still need to compensate the landlord reasonably for use of the hemp real estate.

Contact the cannabis real estate attorneys at Hoban Law Group to discuss eviction or any of your business’ needs. 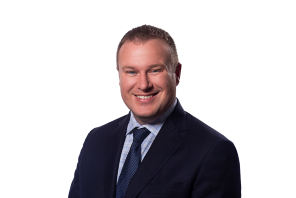