German Greens Have Plans For Cannabis

How do the Greens want to legalize cannabis?

The Green Party says it wants “to dry up the black market for cannabis and push back organized crime” with its new drug policy.  To do so, they seek to pass legislation that enables the legal and controlled distribution of cannabis in licensed stores. Here are the key aspects:

The idea is to relieve police and public prosecutors of having to pursue low-level possession cases, while at the same time increasing financial resources that could be used for prevention, risk reduction and therapy, according to the party’s website.

In 2020, Germany’s Bundestag parliament rejected a cannabis control bill put forth by the Greens. The conservative CDU/CSU argued legalization would lead to increased consumption. One of their members, Stephan Pilsinger, pointed out the health risks and long-term consequences of cannabis use, noting that Germany already has enough people addicted to legal substances such as alcohol and cigarettes.

Angela Merkel’s CDU is the last of the major political parties in Germany to maintain a strictly prohibitive stance on drug policy, refusing to agree to legalization policies laid out by the Greens, the Social Democrats, the Free Democrats and the Left party.

Last year, a Canadian study suggested that certain active ingredients in the psychoactive drug could also increase the protection of cells against the coronavirus. Researchers believe some ingredients may reduce the virus’ ability to enter cells in the lungs, where it attaches, multiplies and spreads.

“The results on COVID come from our studies on arthritis, Crohn’s disease, cancer and others,” Dr. Igor Kovalchuck, professor of biological sciences at the University of Lethbridge, said in an email to DW.

If the study proves correct and is peer-reviewed by other researchers in the field, Annalena Baerbock could have a strong argument on her hand for the upcoming elections.

Many of the health risks associated with illicit drug use, such as dangerous infectious diseases, contamination, and overdoses, are actually the result of criminalization, not of the substance in question. Contaminated syringes that have been used multiple times transmit infections. The active ingredient concentrations vary between five to 60 percent. Dealers mix all sorts of substances with drugs from glass to flour to lead to add bulk and make more money. A few years ago heroin was mixed with the anthrax anthrax. There are no controls on the black market. Internationally, the repressive drug policy has destabilized states such as Mexico and entire regions in Africa and South America and led to serious human rights violations.

Green drug policy is based on the three pillars of prevention, regulation and harm reduction . We rely on credible prevention and want to strengthen the responsibility of responsible adults. We protect children and young people effectively against drugs with our policies, and we aim to limit drug advertising. Anyone who irresponsibly sells drugs such as alcohol, cannabis or tobacco to children or young people must be punished.

We want to protect people’s right to self-determination and reduce the health risks associated with excessive or health-risky drug use. People who use drugs should no longer be criminalized. Psychoactive substances should be regulated according to their health risks. Ideology is out of place. The only decisive factor should be the health risks that regular consumption of these substances entails.

Addicts and other people with risky drug use need our help and acceptance. They should have good health care and effective treatment options available. Drug users must be able to be sure that their drugs are not contaminated.

This is what we intend to do: This is how we will create clear rules in drug policy 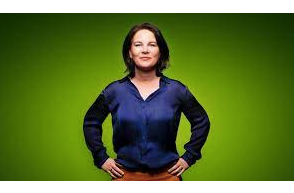