Germany: Berlin is suing the BfArM

Berlin – The Berlin Senate wants to force the approval of its model project for the sale of cannabis for consumption in pharmacies: After the Federal Institute for Drugs and Medical Devices (BfArM) had rejected the necessary applications, the Senate is now going to the Cologne Administrative Court. The aim is to obtain an exemption under the Narcotics Act. At its core, the dispute revolves around the same question that is also at the center of the legalization debate: Can effective health protection be achieved exclusively through prohibition or through control and advice?

In the opinion of most industry observers, after the federal election in September, cannabis will play a stronger role than ever before, not only as a medicinal product, but also as a recreational drug: In the meantime, the Union and AfD are the last advocates of the current prohibition policy – the Greens, SPD, FDP and Left are sitting down all in favor of liberalization in different nuances. The red-red-green Berlin Senate is now aiming for this and wants to finally move forward with its model project that has been planned for years: 20 pharmacies in the capital are to be allowed to dispense cannabis for consumption purposes to 349 registered, mentally and physically healthy users. They have to keep a consumption diary and are scientifically monitored over the course of the model project.

This should not only determine a possible risk reduction through the controlled delivery, but also whether and, if so, what influence a legal delivery has on the quantities consumed. The data basis that would be created by this could be an important argument in the hands of the advocates of legalization: Because similar field tests or even more comprehensive liberalizations in countries like Portugal, the Czech Republic, Uruguay, Canada or the majority of the US states have so far indicated that the After a brief increase at the beginning – the hype surrounding the topic – cannabis consumption quickly falls again and then normalizes approximately to the pre-liberalization level. What remains, however, are the advantages of a controlled delivery: Harmful contamination from extenders is eliminated

So is the sale of cannabis for consumption purposes a health issue that belongs in pharmacies? The Berlin Health Senate sees it that way, the BfArM does not. In 2015, the green district mayor of Friedrichshain-Kreuzberg, Monika Herrmann, applied for cannabis to be sold at controlled sales points in Bonn – without success. In 2017, the Berlin Senate teamed up with the federal states of Bremen and Thuringia, led by the SPD and the Left, and introduced a motion for a resolution to the Federal Council for the possibility of scientifically supported experimental projects. The initiative received broad support from the German Society for Addiction Medicine to the Association of German Detective Officers, but it also failed. 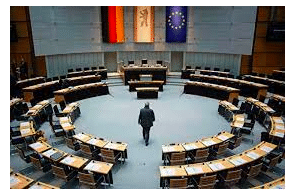