Germany: Berlin Senat is reportedly pushing ahead with a pilot project to sell cannabis legally in pharmacies

Despite opposition from federal drug regulators, the Berlin Senat is reportedly pushing ahead with a pilot project to sell cannabis legally in pharmacies. The city-state government plans to fight the regulator’s objections in court.

The news was broken by tabloid BZ, but Senat sources have confirmed the report to Berliner Zeitung. The controlled sale of cannabis is part of the coalition agreement between the SPD, Die Grüne and Die Linke.

“The aim is to encourage consumers to use less risky and reduced amounts,” a government spokesperson told the paper.

The project envisages offering cannabis for sale in Berlin pharmacies to a limited number of customers. Buyers would be required to keep a diary of their use.

Berlin’s first attempts to legalise cannabis failed in 2016.  The Federal Institute for Drugs and Medical Devices refused to green-light the scheme, calling it “neither medically nor ethically justifiable.”

Media outlets have already speculated that the move is a bit of electioneering ahead of 26 September, when Berliners vote in both national and local elections.

In Berlin, Die Grüne, Die Linke, the SPD and the pro-business FDP are in favour of the legal, controlled sale of cannabis. On the national level, the CDU and SPD oppose legalisation.

Medical marijuana is permitted in Germany and possession of small amounts of the drug is seldom prosecuted – at least in Berlin, whose police are known to take a more lenient approach to casual use. Nonetheless, every year cops bust dozens of indoor commercial grow operations in the city. 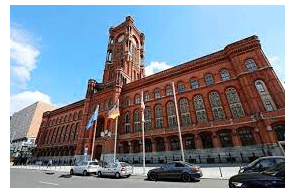