Goemkarponn desk
PANAJI: A Russian accused of selling drugs in Goa this morning escaped from police custody after his case hearing in fast track court in Panaji.
As per information, the Russian national is Makarov Maxim and was accused in a drug case.

“Maxim escaped from Panaji fast track court after his hearing was over,” sources said.

According to Police, the accused person was supplying hashish oil in the coastal belt to his prospective customers in Goa.

“The ANC team are meticulously collecting evidence to lead to the source from where the drugs were procured,” Police said.

Meanwhile, Police have released CCTV footage wherein the accused is seen running away from the premises.

Police have requested the citizens to inform the control room of any sightings or whereabouts of the said accused. 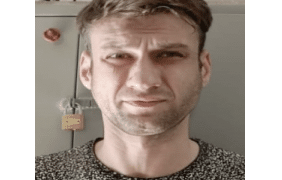