Apologies we are a bit slow with this one announced 12 July.

Governor Charlie Baker today named Kimberly Roy as the gubernatorial appointee to the five-member Cannabis Control Commission, charged with regulating both the adult use and medical marijuana industries. Roy currently serves as Director of External Affairs for Sheriff Lew Evangelidis and the Worcester County Sheriff’s Department. In this capacity she oversees the Department’s Face2Face substance misuse prevention and education program in partnership with local school districts.

Per statute, the governor’s appointee shall have a background in public health, mental health, substance use, or toxicology.  Through her leadership of the Worcester County Sheriff’s Department’s Face2Face program, Roy has overseen substance misuse prevention and education programming in hundreds of local schools serving over 375,000 students. The program recognizes the impact of the addiction crisis on the criminal justice system and attempts to help students understand the potential long-term impacts of drugs and alcohol. The program combats substance misuse among young people. Previously, Roy also worked as a Hospital Representative for Johnson & Johnson.

“Kim Roy’s work in prevention and education programming to help students understand the impacts of drug and alcohol addiction will serve her well as a member of the Cannabis Control Commission,” said Governor Charlie Baker. “With a decade of service to the people of central Massachusetts in a leadership role at the Worcester County Sheriff’s Department, Kim will bring a commitment to public service that will benefit the work of the Commission. I also want to thank former Commissioner Jennifer Flanagan for her dedicated service to the Commission over the past several years.”

“I am honored by the Governor’s appointment and grateful for the opportunity to serve the people of the Commonwealth in this new capacity as a member of the Cannabis Control Commission,” said Kimberly Roy. “I look forward to bringing my insights and experience from working in substance use education and prevention programming to make positive contributions to the work of the Commission. I am also grateful to Sheriff Lew Evangelidis and the entire team at the Worcester County Sheriff’s Department for the opportunity to serve the people of Worcester County over the past decade.”

The Cannabis Control Commission was established by the ballot initiative approved by voters in November 2016 and in bipartisan legislation signed by Governor Baker in July 2017, consisting of one appointee each from the Governor, Treasurer and Attorney General, and two members to be agreed upon by the majority of those three constitutional officers.

Kimberly Roy has served as the Director of External Affairs and Communications Director for the Worcester County Sheriff’s Department since August 2011. In that capacity, she oversees all public and media relations for the Office. She also oversees the Department’s innovative Face2Face substance misuse prevention and education program in partnership with local school districts. She also serves as Director of the Worcester County Reserve Deputy Sheriff’s Association, which sponsors annual charitable events including the Sheriff’s Annual Senior Picnic, Winter Coat Drive, and Holiday Food Drive. Previously, Roy also worked as a Hospital Representative for Johnson & Johnson, working with major teaching hospitals across the region to facilitate the sale of medical supplies. Roy has also served on the Board of Trustees for Quinsigamond Community College since 2017. Roy holds a Bachelor of Arts Degree from Western New England University and a Master’s Degree in Professional Communication from Clark University. 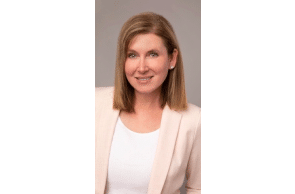