GMR write by way of introduction..

The Stanley Brothers in Colorado made their name by targeting a strain called Charlotte’s Web that had greater amounts of CBD than THC in order to treat a young girl with a rare form of epilepsy. The girl, Charlotte Figi, suffered from Dravet Syndrome that caused her to have multiple seizures in a single day. This strain of cannabis seemed to quell the seizures and allowed her to live a better life. Sadly, Figi recently passed away.

The company called the strain Charlotte’s Web in her honor and even changed its name to Charlotte’s Web Holding Inc. (OTC:CWBHF). Then the company attempted to trademark the name Charlotte’s Web, but was rejected. In October 2019, the United States Patent & Trademark Office rejected the trademark application for “Charlotte’s Web” in a nonfinal Office Action.  The USPTO specifically found that the name “Charlotte’s Web identifies a particular strain of low THC, high CBD content Cannabis sativa plants” does not function as a trademark. 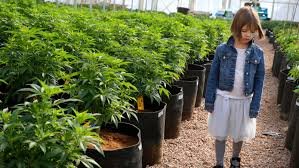