GT have just released a pr saying that over  the past year, Alan I. Annex, co-chair of Greenberg Traurig, P.A.’s Global Corporate Practice, has led numerous multi-disciplinary teams of attorneys to assist clients involved in more than $25 billion in Special Purpose Acquisition Company (SPAC) transactions, both nationally and internationally.

The release goes on to say…… These transactions, which include both Initial Public Offerings (IPOs) and business combinations, show no signs of slowing in 2021.

GT  is ranked third by SPAC Research on its DeSPAC legal advisors table for business combinations in 2020 based on closed and pending deals. Annex and his team saw a dramatic increase in 2020 in SPACs-related transactions due to the slow IPO market during the Coronovirus 19 (Covid-19) pandemic.

SPACs are single purpose, publicly-traded vehicles used to raise funds via IPOs to acquire businesses. Acquisitions generally must be made within two years of their IPO.

Over the past nine months alone, Greenberg Traurig attorneys have been involved in a dozen IPOs and more than ten business combinations.

“We are pleased to continually assist SPACs in their formation, IPO, and business combinations – as well as SPAC target companies in business combinations – to achieve the goals that are often critical to their success,” said Annex, a Miami office-based Greenberg Traurig shareholder who is an architect of the structure of the early SPACs of the 1990s and is internationally recognized for providing legal counsel on SPAC transactions.

“In 2021, we expect to see continued opportunities for SPAC deals that include an M&A component or to finance acquisitions,” Annex said. “With more than 150 SPACs looking for deals, we expect to see more creative ways of utilizing the SPAC as a vehicle to help facilitate a transaction.”

With the bandwidth and singular ability to close cross-border SPACs, and a reputation for completing the largest and most complex deals, the firm’s business savvy, creativity, and ability to deliver rapid, SEC compliant deals also sets Greenberg Traurig apart. The firm leverages its multi-disciplinary, global attorney platform to do transactions whenever and wherever needed. 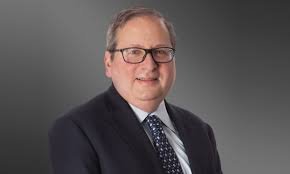