Greens and lawyers alliance push for cannabis to be legalised in Tasmania. More 2 faced hubris from Tasmanian government

But let’s not get too excited and before we move onto the comments of  shrill politicians it is worth remembering that a lot of medicinal cannabis is already being grown in Tasmania in some sort of weird masonic type deal (that we still can’t quite get our heads around) including  the 3 parties, AusCann Tasmanian Alkaloids ( one of the world’s largest opium producers) and of course the Tasmanian govt who as you will see below don’t want people to make their own decisions on cannabis. God forbid !

Here’s the highlights of the report, if you can call it that.

The Tasmanian government is facing pressure to legalise cannabis.

However, Premier Will Hodgman and Police Minister Mark Shelton have both rejected any suggestion that Tasmania should follow the Australian Capital Territory Government to legalise the possession, use and cultivation of small amounts of cannabis.

“The Tasmanian Government is not considering legalising recreational marijuana or any illicit drugs, Mr Shelton said on Sunday.

Deputy Prime Minister Michael McCormack, who was in Scottsdale last week was incredulous at the ACT government’s decision and said it was the wrong message for young people and a road safety problem.

“I don’t want to be sharing the road with a pot head,” Mr McCormack said.

“It should not be legal. This is madness and they should be ashamed of themselves.

“They’ve spent too much time smoking hooch themselves.”

The ACT has become the first jurisdiction in Australia to legalise the possession, use and cultivation of small amounts of cannabis. 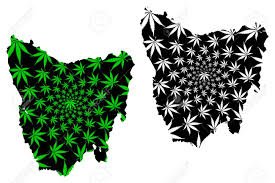