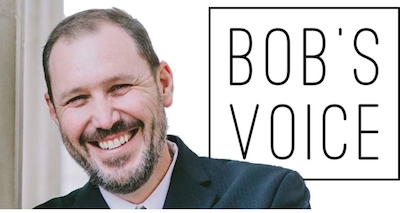 On January 1st, 2020, Illinois became the 11th state to legalize adult-use marijuana. In the first month of 2020, the State raked in $40 million in recreational pot sales – which some are quickly concluding indicates the industry will be a boon for the state. For months leading up to the New Year, HLG attorney, Larry Mishkin, was racing to file applications and licenses for cannabusinesses that wanted to ensure they would be compliant with the State’s laws rolling into 2020.

It’s important to note that Illinois was the first state to pass adult use marijuana legalization through legislation. In May of 2019, the State’s General Assembly passed Illinois House Bill 1438 – the “Cannabis Regulation and Tax Act.”

As I touched on before, States that legalize adult-use marijuana face a number of growing pains. And as someone who’s had a close eye on the development of the recreational industry since its beginning in Colorado, we’re beginning to trace a pattern. As the Prairie State’s recreational market rolls out, let’s take a look at the now predictable challenges and how the case study of Illinois compares to other ten recreational States with a recreational market.

Like California, Illinois’ recreational model is starting off with exorbitantly high taxes. In the first days of 2020, many Illinoisans took to social media to express their alarm. I remember seeing a post on Facebook that showed tax in the ballpark of $78 on a $220 sale from a recreational dispensary. This is due to a combination of state, local, and excise taxes. This is a lesson that State and local governments should be learning now – a balance needs to be struck between taxation and the market. High taxes risk a customer experience that becomes a novelty. If recreational dispensaries can’t offer competitive pricing, revenues suffer, and may drive consumers back toward the medical or caregiver model. Or of course back to the black market.

Then there’s the issue of smell. This past week, an Illinois court began deliberating whether or not the odor of marijuana justified probable cause to search a vehicle. In addition, and this is true for all states that have legalized, there are a number of groups that worry the smell will overtake the city. To date, and across multiple jurisdictions, this concern has never materialized.

We’re also seeing the issue of labor unions arise. Only a couple weeks after the recreational doors opened, workers at one of the largest cannabusiness in the state voted in favor of United Food and Commercial Workers International Union representation.

Social Equity in Adult Use Marijuana

Social equity has also played a big role in Illinois’ roll out. In the final days of December 2019, Illinois Governor, JB Pritzker, granted nearly 11,000 pardons for marijuana convictions. Pardoning in advance is an impressive stance to see a politician take. Especially when you compare Governor Pritzker’s position to Governor John Hickenlooper’s in 2012 when Colorado legalized. In the Centennial State it seemed like you had to twist people’s arm to do it. Hickenlooper opted to not take a stance. It’s easier for politicians to say, “well the law changed now, but back then that’s just the way it was,” or ignore the issue altogether.

However, Stan Garnett, the former District Attorney in Boulder, the day after adult-use was passed dismissed all pending marijuana charges. All of these social equity initiatives are wonderful to see and will hopefully be a trend that continues as more states legalize. Especially now that there is precedent.

While there’s already been litigation between Illinois-based cannabusiness regarding licensing prior to legalization, we can expect more to come as the recreational market develops. Again, this is commonplace when regulations require or encourage businesses to “get married” vis-a-vis a license, and as the Illinois market matures, licensing litigation will quickly become a front-and-center issue as it has in all the legal states, including Colorado, California, and Oregon.

You’d like to think that when legalization is driven by politicians through legislation rather than by activists through a citizen initiated measure, there would be more forethought on implementation. Now that we have a case study to see how that plays out, only time will tell. Regardless, we’re already seeing the same challenges and the same patterns play out in Illinois that we’ve seen in all other jurisdictions with a recreational market. So, at least for now, it’s safe to say that the patterns are consistent and predictable. Now it’s a matter of taking those learnings so regulators can shape better policy and implementation strategies that anticipate and accurately address these issues from the get-go. Ultimately, if we don’t learn from history, we’re doomed to repeat it. 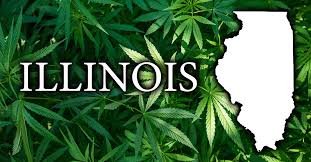 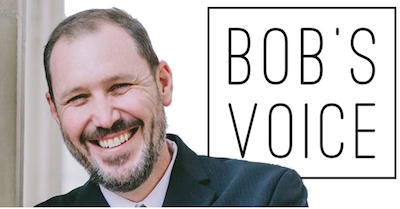 Either Side of the Hill The Importance of Good Corporate Leadership