Is it just us but the hottest part of the market appears to be dispensary M&A at the moment. It is happening countrywide

Grupo Flor, founded in 2015, already owns two dispensaries operating as East of Eden in Salinas and Moss Hill and plans to open another store, under the Flor name, in Union City.

The company plans to open an additional White Fire outlet in Prunedale before the third quarter of 2021, according to a news release. 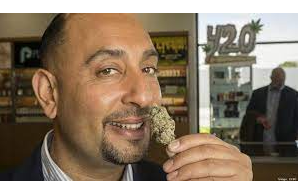