The Office of the Attorney General has not yet received the draft rules and regulations to govern the Guam cannabis industry, according to AG spokeswoman Carlina Charfauros.

The Cannabis Control Board is expected to transmit the recently completed rules and regulations.

An AG review of the rules is one step needed to proceed with the adjudication process. The governor’s review and approval is also needed, and then transmittal to the Legislature for the final review process under the Administrative Adjudication Law.

It’s not clear why the rules have not yet been sent to the AG’s office. When the board accepted all sections of the rules in late March and agreed to transmit them to relevant parties along with pertinent reports, Chairwoman Vanessa Williams said approved revisions needed to be compiled as well. An update from the chairwoman wasn’t available as of press time.

The next board meeting is set for April 19.

The rules did not include provisions for vertical integration, which would have allowed businesses to license and take part in multiple aspects of the cannabis industry at once.

This led to some concern about being able to ensure the quality of a product, but on the opposite end of the argument, there was also concern that vertical integration would allow bigger businesses to outcompete smaller businesses, or create a monopoly. 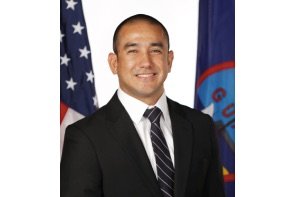