Guam Cannabis Board Still Slowly Working Through The Issues

The Cannabis Control Board met for about an hour Wednesday afternoon to discuss changes to the proposed rules and regulations for the recreational cannabis industry.

Board Vice Chairwoman Dafne Shimizu, director of the Department of Revenue and Taxation, presented amendments to the rules for retail cannabis stores and for enforcement and penalties.

Most of the changes are small, related to clarifying the requirements for transferring cannabis between licensed businesses and the process for reporting a customer who presents a fake identification card.

Board members briefly discussed whether there should be daily limits on cannabis purchases, but decided against placing a limit, noting the recreational cannabis law only limits how much cannabis an adult can possess in public, not how much cannabis they can possess overall. The limit when out it public is one ounce of dried cannabis flower.

Board members said they will not vote on the proposed changes until after Rev and Tax has presented additional amendments at a future board meeting.

The board has not yet addressed the two main issues raised by the public during November hearings on the rules and regulations:

Those issues will be addressed when the board discusses the rules and regulations related to licensing.

The rules and regulations currently prohibit owning and operating more than one type of cannabis business- cultivation, manufacturing or retail. Those who support the rule have said it will help prevent monopolies from taking over the industry and give smaller businesses a leg up. Opponents have said it prevents businesses from operating more efficiently and from completely controlling the quality of their product.

Recreational cannabis has been legal on Guam since April 2019, and adults 21 years and older can legally consume it in private, possess it in public and grow it at home, with limits on the number of plants that can be grown at the same time. But selling it or trading it for anything of value remains illegal until the rules and regulations are in place and until the government’s seed-to-sale tracking system is operating.

Lawmakers have provided funding for a seed-to-sale system, but Department of Public Health and Social Services management analyst Zita Pangelinan told the board Public Health still is working with its attorney to prepare a request for proposals. 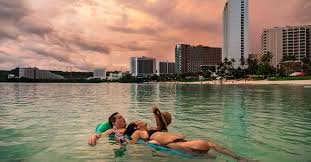