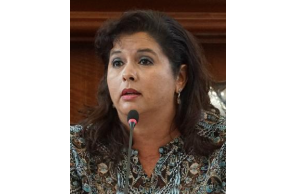 The Guam Post reports on what we suggest would be a great piece of legislation worldwide. Positive tests don’t bar a candidate from running but test results would be public knowledge for voters to make their own decisions

Sen. Joanne Brown said she will support Bill 56-36, which was introduced by Sen. James Moylan and would require candidates for elected office to take a drug test and submit the results to the Guam Election Commission, but not if the bill excludes testing for cannabis.

The Rapid 5 Panel Drug Test identified in Bill 56 screens for cocaine, amphetamines, methamphetamines, opiates and THC, the substance in cannabis.

“With the passage of the legalization of recreational cannabis in 2019 (Public Law 35-5), it is only reasonable not to include it in the requirements of the testing,” Bill 56 states.

While the results must be submitted to GEC under the bill, a positive test result would not bar a candidate from running for office.

“It’s up to the electorate to decide if you should run or not. That’s based on when they get in the voting booth,” Moylan said during the public hearing on Bill 56 Wednesday.

Brown said she understands that medical and recreational cannabis use is legal on Guam, but noted that government employees in test-designated positions, such as law enforcement, still can’t consume cannabis. Elected officials should adhere to that same standard, according to the senator.

“Because if our law enforcement people and designated positions in this government must meet – they can’t have this in their system. At least the last time I checked. I don’t think they’re allowed to have anything in their system to the degree that can impact the ability to properly execute their job,” Brown said during the public hearing.

“If we’re going to go down this road, then by all means, let’s make sure we’re upright citizens in this community and that we’re being responsible,” she added later.

Brown’s larger concern involved drug abuse within GovGuam and the island overall, which she did not believe is being addressed by government leadership. The senator said the information she’s gathered is that there has been less and less drug testing.

An opinion from the Office of the Attorney General has warned that broad-stroke approaches to drug testing government employees would violate Fourth Amendment guarantees against warrantless searches. Brown acknowledged the opinion, but said she was concerned that test-designated employees may not have been tested over the last couple of years. 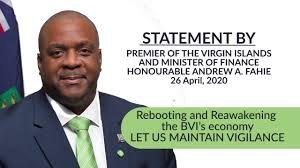